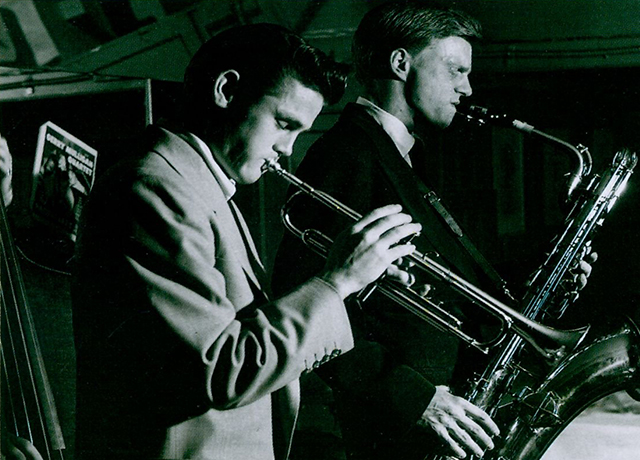 Saxophonist, composer, and educator Amanda Gardier has been described as “a uniquely talented jazz composer and soloist” (Nuvo). Her debut album, Empathy, was “a debut with a lot of something for everyone” (All About Jazz). Her second release, Flyover Country,  helped her “claim a space among rising saxophonists” (Downbeat) through the display of bold compositions and flexible improvisation. Gardier has performed with Ingrid Jensen, Dave Stryker, Leni Stern, Wes "Warmdaddy" Anderson, Jamie Baum, Sal Lozano, the Buselli-Wallarab Jazz Orchestra, and has been a featured performer on all four releases by the Charlie Ballantine Group. She teaches Jazz Saxophone at Ball State University.

Composer, arranger, and educator Mark Buselli is a staple in the Indianapolis jazz scene. He was inducted into the Indianapolis Jazz Hall of Fame in 2017 and was awarded the NUVO Creative Vision award in 2007. Buselli has over fifty arrangements published for big bands, brass ensemble, and piano/trumpet. He also has ten recordings out as a leader on the Owl Studios and OA2 record labels. He has performed with many notable artists and has played for four United States presidents. Mark was the featured trumpet soloist on the award winning short film “Claire and the Keys” released in 2015. Buselli is the director of Jazz Studies at Ball State University.