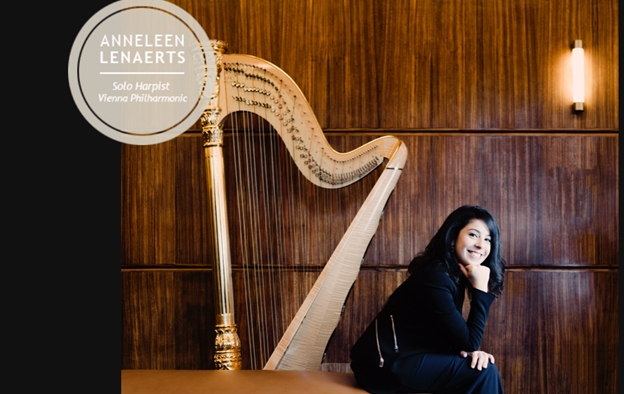 Residence of the Belgian Ambassador: Belgian  harpist Anneleen Lenaerts is one of the leading soloists of her instrument. In December 2010 she was appointed Principal Harpist of the Vienna Philharmonic.

From an early age Anneleen started winning an impressive amount of prizes at international harp competitions: 23 prizes between 1997 and 2009.

The “Grand Prix International Lily Laskine, where she won the first prize in 2005 and the ARD International Music Competition in Munich, where she was both a prizewinner and winner of the Audience Prize, are particularly outstanding.