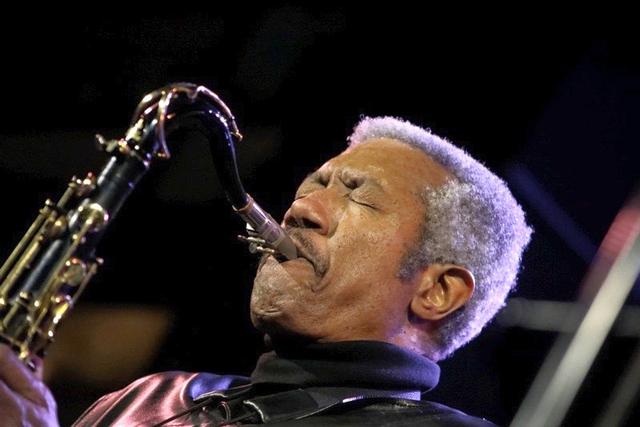 Billy Harper Quintet, formed in 1966, is lead by legendary tenor saxophonist Billy Harper, one of the indispensable saxophonists of the past 50 years. Stylistically indebted to John Coltrane, Harper has a distinctive sound and approach that is purely his own, and his compositions are known world wide. Over the years, he’s worked with Art Blakey, Max Roach, Gil Evans, Elvin Jones, Lee Morgan, Thad Jones & Mel Lewis, the Cookers and Randy Weston. "On his early recordings, made in the first half of the 1970s with leaders such as Lee Morgan and Gil Evans, Billy Harper already had a massive sound on the tenor saxophone, combining John Coltrane’s spiraling intensity with a bluesy brawn that pointed back to his Texas origins. Harper’s authority has only grown with age: A half-century on, he stands as one of the most commanding horn men on the planet, a pillar of stirring post-bop jazz whose robust back catalog seems long overdue for rediscovery." The New York Times

Billy Harper (born January 17, 1943 in Houston, Texas) is "one of a generation of Coltrane-influenced tenor saxophonists" with a distinctively stern, hard-as-nails sound on his instrument. In 1966, after completing his studies at the University of North Texas, where he was the first African American to make the distinguished One O'Clock Lab Band, he moved to New York City where he exploded onto the scene, playing in Gil Evans' Orchestra, Art Blakey's Jazz Messengers, Thad Jones & Mel Lewis Big Band, Lee Morgan Quintet, Max Roach Quartet and Elvin Jones Group. In more recent years he was also a prominent member of groups like Randy Weston & his African Rhythms, Charles Tolliver's Big Band, and the all star septet the Cookers. He performed, recorded and toured the world with these groups, as well as his own group.

However, Harper's most precious contribution to jazz music and history has been and still is his own Billy Harper Quintet. On over two dozen albums of original music, Harper continuously proves to be one of the greatest jazz artists of all time, both as a saxophonist and as a composer.

In a January 17, 2023 feature in The New York Times titled "At 80, the Saxophonist Billy Harper Is Still a Towering Force", Rich Scheinin writes:

"A charismatic presence onstage, dressed entirely in black leather, Harper calls his listeners to attention. His improvisations are torrential, dance-like and swinging, spiraling upward to mountaintop pronouncements that can leave listeners in a sweat. As a composer, he bears comparison with more famous musicians like Wayne Shorter and McCoy Tyner. Some of his compositions seem to unfold across vast landscapes, majestic and haunting, as if Harper were traveling through epochs of time. And he’s still turning heads with the singing sound of his saxophone. His friend Hart compares him to the Pied Piper of Hamelin: “People want to hear that sound. Charlie Parker had it. John Coltrane certainly had it. It’s a sound that doesn’t change the notes, it makes the notes, and that’s the sound that Billy has.”