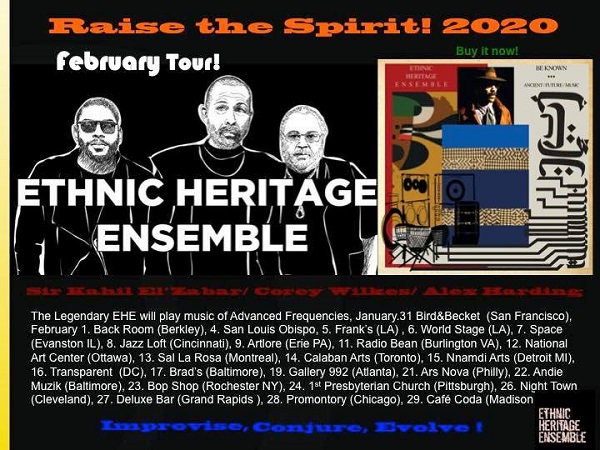 Award winning  trumpeter Corey Wilkes has toured with Art Ensemble of Chicago, Roy Hargrove, James Carter,Roy Ayers, Seun Kuti,Roscoe Mitchell, Dr. Lonnie Smith, Nona Hendryx and more. He has a recurring role on the hit TV show, Empire. Downbeat Magazine named him Most Promising Trumpeter on the Scene. Corey is an alumnus of Berkeley School of Music and is a former professor at Rooseve Alt U. He has recorded several highly-noticed projects under his name, and countless other prominent artists' projects. Mr. Wilkes is a passionate and intelligent player who Is well informed on the history of His instrument. He is one of today's most sought after instrumentalist and is highly regarded by his peers!

Alex Harding is the go-to baritone saxophonist of today! He has performed in the bands of such legends as Dollar Brand, William Parker, Hamiet Bluiett, Sun Ra, Joe Bowie’s Dfunkt, Aretha Franklin, David Murray Big Band, and is currently playing In the the Tony Award winning hit Broadway play, Flea. Alex is on enumerable recordings with many of the greatest names in contemporary music. His sound is full and robust, with a unique tenderness that makes him immediately recognizable. Alex hails from Detroit and came up with both James Carter and Regina Carter. He lived in New York City for over 25 years, where he became the most frequently hired baritone saxophonist on the scene.