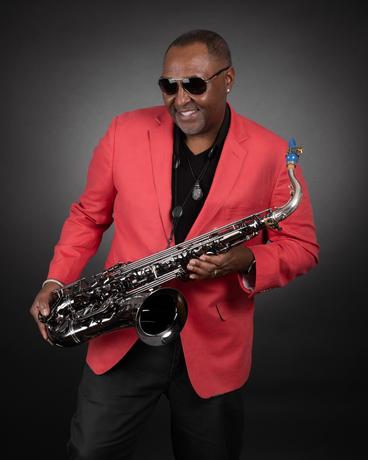 CeCe’s first single, “Finally”, thrust her into the international spotlight and she has continued her success ever since. She is the girl that was born in Dayton, OH, and spent her formative years in Phoenix, AZ.

Art Sherrod Jr, National recording artist and Billboard charting entertainer and saxophonist, brings forth a new energy and excitement to the stage Smooth Jazz and Gospel Jazz. As a native of Palestine Texas, Art was heavily influenced by the music of his environment which ranged from Rhythm and Blues, Pop, Rock N’ Roll, Country, Rap, Hip-Hop, Gospel and of course Jazz! His love for music, entertainment and appreciation for the arts has afforded him the opportunity to perform on stages throughout the United States and overseas. Over the span of Art’s career, he has had the opportunity to perform at the White House as well as share the marque and/or stage with notables such as Natalie Cole, Angie Stone, CeCe Peniston, Gerald Albright, Boney James, Eric Darius, Kenny Lattimore, Howard Hewett, Phil Perry, Miki Howard, Chante Moore, Will Downing, Maysa Leak, Ann Nesby, Chuck Loeb, Sheila E, Brian Culbertson, Peter White, Alex Bugnon, Kim Waters, Loose Ends, Cuba Gooding Sr and the Main Ingredient, Norman Connors, Michael Henderson, Jean Carn and a host of other incredible entertainers.

8PM / $35 Get Tickets
*Please note:
1. Final sale, no refunds, not transferable.
2. $12 food/beverage minimum per person not included in ticket price.
3. Seating first come at the door. Doors open at the earliest of 6 PM & 9:45 PM respectively.
4. Photography or Recording of any kind is prohibited during the performance.
5. Keep conversation to a minimum during the performance.