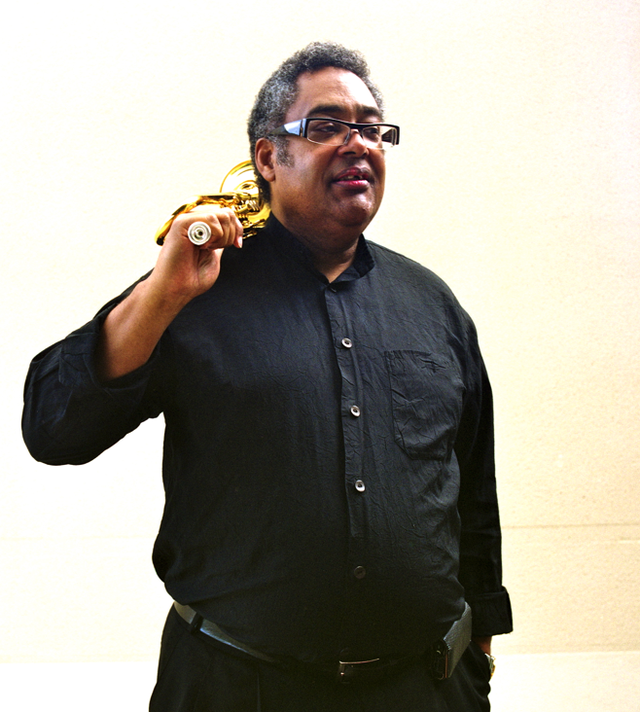 "Jon Faddis has reached the very peak of jazz performance: he seems to play everything he conceives exactly as he conceives it, the music going directly from soul to horn, with unbridled power and flawless technique." ~ Neil Tesser listenhereradio.com

Jon Faddis is a complete and consummate musician -- conductor, composer, and educator. Marked by both intense integrity and humor, Faddis earned accolades from his close friend and mentor John Birks Gillespie, who declared of Faddis, "He's the best ever, including me!" As a trumpeter, Faddis possesses a virtually unparalleled range and full command of his instrument, making the practically impossible seem effortless. Time Out New York (2003) praises Faddis as "the world's greatest trumpeter ... brash soloistic logic and breathtaking technical acuity," and Nat Hentoff, in The Wall Street Journal (2005), characterizes Faddis as "a trumpet player of prodigious lyrical force."

Jon Faddis is a Grammy Award–nominated jazz trumpet player, conductor, composer, and educator. Born in Oakland, California, in 1953, he began playing trumpet at age eight, inspired by an appearance of Louis Armstrong on the Ed Sullivan Show. Three years later, his trumpet teacher Bill Catalano, an alumnus of the Stan Kenton band, turned the jazz-struck youngster on to Dizzy Gillespie. By his mid-teens, he had not only met Dizzy, but he had even sat in with his hero’s combo at the famed Jazz Workshop in San Francisco.

Two days before his 18th birthday, Faddis joined Lionel Hampton’s big band as a featured soloist, and in the same year was invited to sit in with the Thad Jones/Mel Lewis Big Band on one of their regular Monday night sessions at the Village Vanguard. He rapidly became lead trumpeter for the band, recording and touring the world, and also studied at the Manhattan School of Music during this period.

His distinctive trumpet appears on hundreds of records and numerous soundtracks for film and television. His original compositions include the jazz opera Lulu Noire (1997), named a “Top 10” pick by USA Today; other Faddis compositions may be heard on his Grammy-nominated Remembrances (Chesky 1998), Hornucopia (Epic 1991), Into the Faddisphere (Epic 1989), and Teranga (Koch 2006).

Jon Faddis has an enduring commitment to the education of young musicians, and frequently conducts clinics and master classes, devoting personalized attention to teaching the next generation of jazz musicians. The Jon Faddis Award for Musical Excellence is presented each year is presented every year to the most promising jazz trumpet player in the New York area.