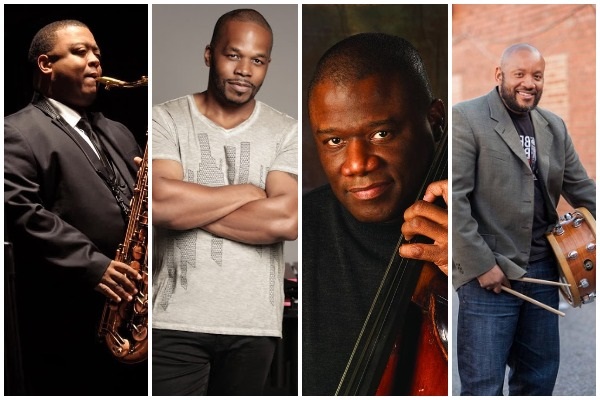 Warren Wolf is a multi-instrumentalist from Baltimore From age three, Warren has  trained on the vibraphone/marimba, drums and piano. He attended the Peabody Preparatory for eight years studying classical music with former BSO member Leo LePage. During high school at Baltimore School for the Arts, he studied with current BSO member John Locke. He then attended Berklee College of Music in Boston, where he studied with Carribean jazz vibraphonist Dave Samuels and vibist Ed Saindon. Warren has performed with a who's who of the musical world. He has several recordings as a leader and has recently signed to the Mack Ave recording label.

John Lamkin, III is a native of Baltimore. He began playing drums at theage of four. John attended The Manhattan School of Music in New York City and Berklee College of Music in Boston. John has toured, played and recorded with a number of exceptionally talented recording artists. He maintains a deep respect and appreciation of those who’ve set standards in the music world.

Limited in-person seats: $25 / $10 full-time students with valid ID
Proof of COVID-19 vaccination required at door
In -person attendees receive a link to the recording to view for one week.

Live streaming cost is $15
The link will be revealed to live stream participants 15 minutes before the show
and will remain active through Dec. 28

Proof of COVID-19 vaccination required at the door.