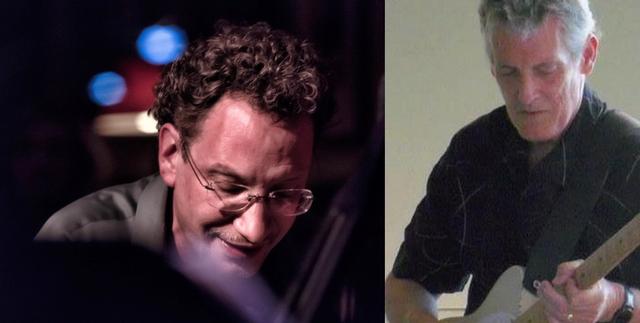 Nighttown favorite Joe Hunter has released two popular CD's in recent years.  Hunter is the pianist of choice in the Northeast Ohio area.  He can be heard frequently in the Fat Tuesday Big Band, Swing City, and backing big name artists.  He has backed many, including the legendary Tito Puente, and saxophonist David Sanborn, At Nighttown Hunter has backed some several top guns including clarenetist Ken Peplowski, and saxophonists David "Fathead" Newman, and Scott Hamilton. Joe Hunter is also on the faculty at Cuyahoga Community College (Tri-C), one of the top jazz programs in the country.

Pete Cavano - "It has been an honor and privilege to perform with artists as diverse as the late Robert Lockwood Jr., and local legends Anne E. Dechant, Wallace Coleman, Mr. Stress, and Colin Dussault, to name just a few.

In addition to my local work, I have been an annual performer at the Chet Atkins Appreciation Society Convention held in Nashville. This is a showcase of the best solo guitarists from around the world and I am humbled to be in their ranks.

Though I will continue to “sit in” with notable local bands, for the last 20 years I have concentrated on solo guitar. Covering everything from Bach to the Beatles, I have developed a broad repertoire which I can adapt to any audience."