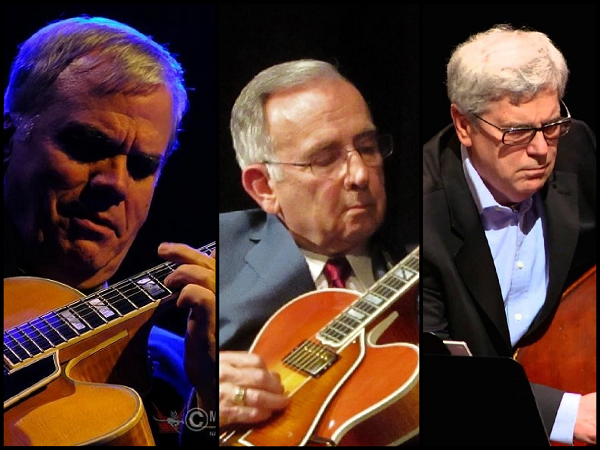 Tickets are $20 in advance, $25 at the door or by phone reservation.  All proceeds benefit Jazz Performances at The Mainstay.

Neal Tilghman, who was lost to us late last year, had a special relationship with The Mainstay and with Tom McHugh, founding executive director of The Mainstay.  He loved to attend jazz concerts in our venue and demonstrated his affection by sponsoring concerts.  In addition, he engineered a way for The Mainstay to have its own record label and funded the recordings produced under that label.  This concert features artists who had a special relationship with Neal through the years and will be an evening of jazz classics.

“Neal had exquisite taste and a special passion for the great jazz classics of the 20th Century Songbook- what Charlie Byrd called the good stuff.  He never asked for special favors.  He paid for his tickets and took any available seat.  His friendship and patronage will be remembered forever.”  Tom McHugh

Bassist and recording artist Tommy Cecil has graced The Mainstay stage many times and is very active in the Washington, DC jazz scene having established himself as one of the most in-demand players in the area.  He has had long associations with John Eaton, Buck Hill, Charlie Byrd, Dick Morgan, Shirley Horn, the Redd brothers and many more.

We welcome back to our stage Vince Lewis, a veteran jazz performer, composer and recording artist.  Having played with musicians such as Dave Brubeck, B.B. King, Ellis Marsalis, Lou Rawls, John Pizzarelli and Melissa Manchester, Vince is currently enjoying acclaim as a solo player and has received outstanding critical reviews in every major jazz publication.

Steve Abshire was the guitarist with Dick Morgan for nearly 30 years.  He has performed with Louie Bellson, Charlie Byrd, Rosemary Clooney, Marian McPartland, Stanley Turrentine, Joe Williams and dozens more.  Steve performed with various U.S. Navy bands for 24 years and was for 18 years the guitarist and a featured soloist with the Commodores, the Navy’s premiere jazz ensemble.