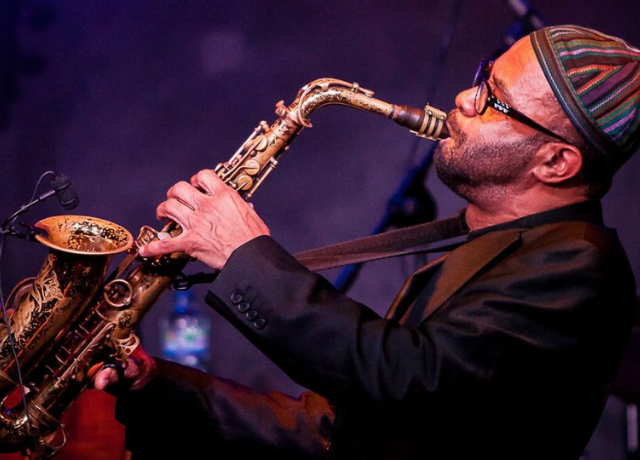 More than any other artist in traditional jazz today, saxophonist/composer/arranger Kenny Garrett and his band are known to entice audiences to want to get up and groove. Be it in Spain where a man from Cameroon leaped up and broke out some African moves then was joined by a young break-dancer, or in Germany where a clearly classically trained ballet dancer was brought to his feet; in Poland where a fan literally jumped from the balcony onto the stage to dance, or at a festival in Barbados where music lovers got on up and grooved in the rain to “Happy People,” the spectacle is always the same: the spirit takes over and the movements come naturally. It is this spirit that Garrett has instigated and witnessed from stages around the world that fills Do Your Dance!—the saxophonist’s fourth for Mack Avenue Records.

Detroit-born Kenny Garrett is a five-time GRAMMY® Award-nominee and 2010 GRAMMY® Award-winner (as a member of Chick Corea’s and John McLaughlin’s co-led Five Peace Band), and the recipient of an Honorary Doctorate from Berklee College of Music in 2011. His distinguished credits extend from starting with the Duke Ellington Orchestra (under son Mercer Ellington) to Freddie Hubbard, Woody Shaw, Donald Byrd and Miles Davis (with whom he ascended to international stardom); to contemporary stars Marcus Miller, Sting, MeShell Ndegeocello, Q-Tip and funkateers Cameo.