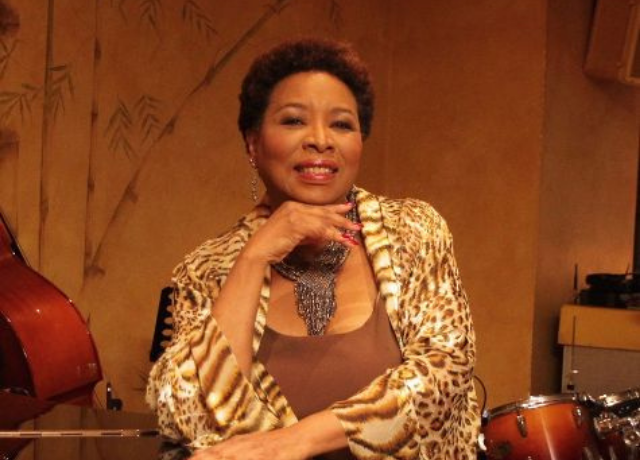 Cherryl J. Hayes is an accomplished, vibrant jazz vocalist with a voice and style to die for, especially when it comes to the vocalization of scat. Additionally she is a skilled interpreter of the great jazz singers who preceded her, such as Sarah Vaughn, Billie Holiday, Ella Fitzgerald. A commanding presence in any setting, Cherryl often demonstrates her versatility by shifting gears in a heartbeat from the up-tempo scatted bebop of "Don't Mean a Thing" to beautiful ballads like "The Nearness of You". She has a phenomenal vocal range of three and a half octaves. For someone who has no formal training in music Cherryl has come a long way. Formerly, she was an accounting specialist at a Telephone Communication Company in Indianapolis. First discovered by a pianist friend who persuaded her to come on stage one evening about 19 years ago she has since netted accolades for her performances in the U.S. and overseas and has sang in musicals and plays such as Ain't Misbehav'n' and Nunsense.

Ms. CHERRYL HAYES has performed in the United States, Europe and Asia. She has appeared at some of New York City premiere jazz clubs such as Tavern on the Green; in Thailand she performs at the Oriental Hotel's Bamboo Bar. Most notably, since 1997, Ms Hayes has had the privilege and pleasure to sing for the King and Queen of Thailand on no less than 10 separate occasions. Recently she was the opening act for the Royale Jazz Festival, Bangkok Thailand Sanam Suapa.

Ms. Hayes on November 18, 2012, had the honor to perform for the newly reelected President Barack Obama at The Government House of Thailand.

Her popularity as a jazz performer is a result of her unique style as well as the warmth and energy she brings to classical jazz standards. Ms. Hayes is currently on her tour in Asia. Thus far, she's performed in Istanbul, Bangkok, Shanghai, Hong Kong, Singapore, Russia and Malaysia, Bahrain Middle East. She has also performed in New Zealand and Laos with the Thailand Philharmonic Orchestra. And as of 2016 still performing with the Orchestra. Ms. Hayes for the 11th year is on the faculty with Mahidol College of Music University, Bangkok Thailand where she is the Vocal teacher for Jazz, Popular, Music Theater Department and Pre College Department. Also Jazz Ensemble Choir Director and Composer for the Entertainment and Pre College Departments, as well as performances with the Thailand Philharmonic Orchestra.