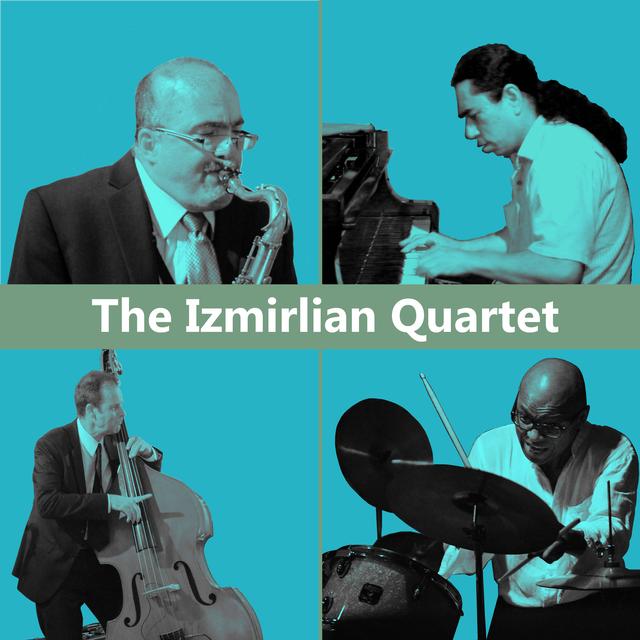 Grant Izmirlian is a saxophonist and composer based in the DC metro area. Originally from St. Louis Missouri, Grant studied saxophone and jazz performance with Paul DeMarinis of Webster University. Since moving to the DC metro in 1999, he’s played in local clubs and private gigs with a variety of local luminaries including Butch Warren and Webster Young and international artists such as Ted Curson.

Samuel Munguia, pianist, a native of El Salvador, studied classical guitar and piano at the National Center For The Arts in San Salvador. Later studied Jazz Piano Performance and arranging at the University of the District of Columbia. Munguia has performed at Blues Alley, Twins Jazz, The Millennium Stage at the Kennedy Center and regularly at Jojo's, Bossa Bistro and Columbia Station. Has performed with renowned artists such as Alex Acuña, Alfredo Mojica, Lucini Brothers, and Nestor Torres.

Russell Byron, bassist, is a native of Melbourne, Australia. He has been gigging in the DC area for the past 15 years with some of the best artists on the local jazz scene, and played with a variety of ensembles in a variety of idioms – swing bands, R&B, Rockabilly. In addition, he has an encyclopedic knowledge of jazz recordings and will call tunes by artists you’ve never heard of and then tell you a story about them.

Bruce Jacobs, creative drummer and percussionist, is a native of Rochester, NY. He studied with Dave Mancini and has performed and led his own ensembles in venues from New York City to Philadelphia to Washington, DC. He is a nationally-published author with a degree from Harvard University. His playing credits include Twisted Circle, Vaughn Ambrose, Grant Izmirlian, MGB Power Trio, Rodney Kelly, roycrosse, and many others.