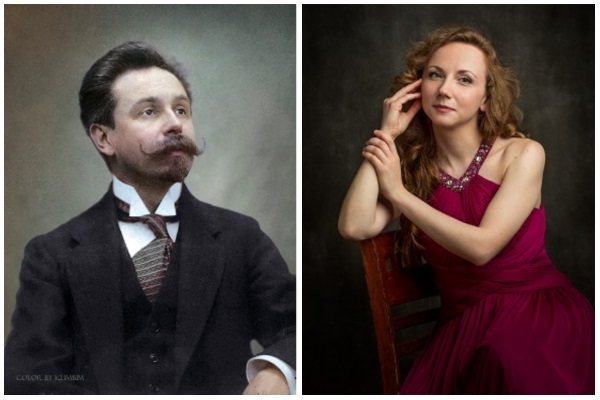 Marianna Prjevalskaya, praised by critics as “a grand pianist” (Il Cittadino, Italy), has appeared with major orchestras such as the Cincinnati Symphony Orchestra, Louisiana Philharmonic Orchestra or the National Lithuanian Symphony Orchestra, and collaborated with renowned conductors such as Ion Marin, Roberto Trevino or David Danzmayr. As a recitalist, Marianna performed in venues such as the Mozarteum in Salzburg, Accademia Santa Cecilia in Rome, Minato Mirai Hall in Yokohama and Weill Hall in New York. Her debut at Carnegie’s Weill Hall was praised by Frank Daykin as “one of the major piano recitals of the season” and “a stunning display of mature pianism”. (New York Concert Review, New York). Her most recent CD album dedicated to Rachmaninoff was highly admired by Jaime Pantín in Spanish magazine Codalario where he expressed that “her polyphonic transparency is astonishing, and her execution is of impeccable precision, clarity, virtuosity and beauty of sound.”

Valse Op.38 in A flat major

Limited in-person seats: $25 / $10 full-time students with valid ID
Attendees receive a link to the recording to view for one week.
Advance sales end 1 hr before showtime; tickets can be purchased at the door if any remain.