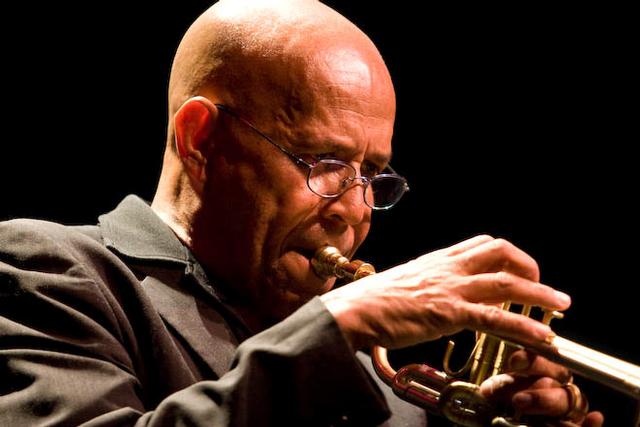 The strikingly beautiful tone and musicality of Eddie Henderson’s trumpet playing were admired by Miles Davis who encouraged him to pursue a career in music. This was after “Dr. Eddie” had already earned a degree to practice medicine. Fortunately for jazz fans, he followed the advice. When not appearing with Herbie Hancock, Henderson can frequently be heard fronting his imaginative quintet

Jazz master Eddie Henderson is “a veteran trumpeter whose deft feel and plush sound made him a central figure in the worlds of jazz-funk and hard-bop in the 1970s” according to The New York Times. His most recent recording , Be Cool, was widely praised and proves that he’s making some of the most important music of his career. The Chicago Reader says , “His progressive, assured, and imaginative improvisations roll out in a glorious sun-splashed tone… he seems to dance through his solos, balancing his quick clockwork technique with bursts of bluesy soul.”