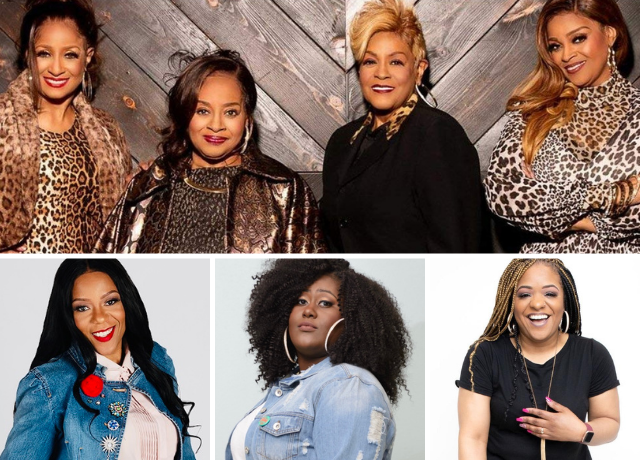 Racheal Martin-Clark is an Indianapolis, Indiana native. She grew up singing in the church, but also discovered early in life that she has a love for all genres of music. For the past 12 years, she has been expressing her gift through leading worship and as a minster of music. She has been a soloist with the Phil Harmonic Orchestra as well as featured at many different events across the country. In December of 2019, she wrote, recorded and released her debut single and video for her song "I'm Standing" which has encouraged many to stand on the word of God. She is currently finishing her next project. Which will be out soon.

When asked about her music, Racheal says, "There are many people who are suffering from despair and struggle under the weight of life." Racheal stands on the belief that there is hope and restoration for everyone in Jesus Christ. Her music seeks to encourage and uplift the soul.

Sharing the gospel through song is what LA Norris was born to do. Born and raised into a musical family, she learned the importance of music. As an adolescent, LA spent time developing her gifts in various places. LA, while a young lady, sings with the conviction and heart of someone more seasoned in life while exuding the passion of this generation.

Born into a musical family, Joy Westbrook has been perfecting her voice and gift since her earliest memories in life. Some of her greatest musical influences came from her grandfather and mother who instilled in her a reverence for God and an appreciation for ministry. Joy first began singing with her siblings, known as The Westbrook Singers and later, The Voices of Deliverance. In addition to serving as a Praise and Worship Leader at her local assembly as well as lending her voice to other community choirs and groups, Joy enjoyed performing in stage plays, festivals, and concerts featuring some of the industry’s most prominent artists and musicians. Joy has also been blessed to record with Dr. Leonard Scott, L. Lebron Wilson, Chris Ford, Antonio Bowman, Jon Harris, and Jamar Plummer. She is currently pursuing a solo career
with plans to release her first EP, Unspeakable Joy in 2022. Above all, Joy is a devoted child of God and mother of two children who perpetually cause her heart to sing through this journey called life.

More importantly, the Clark Sisters have made it their lifestyle to represent the living God in everything that they do. They live to be loving and kind to any and everyone they come in contact with and their reputation speaks for itself.