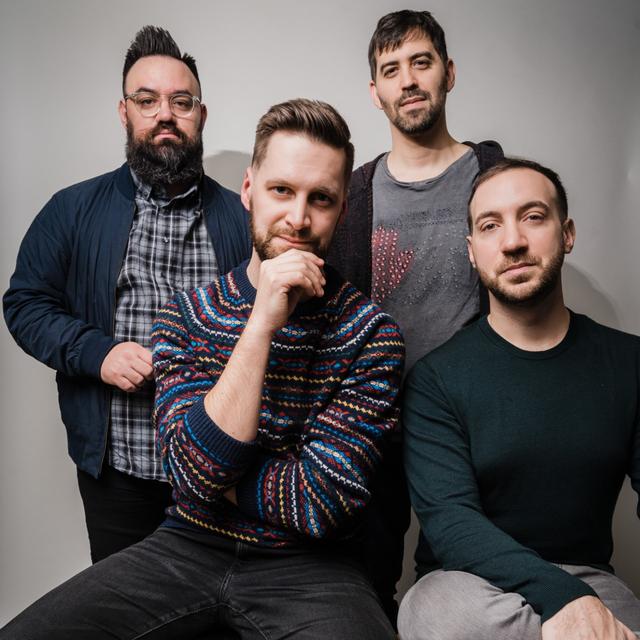 After a series of impromptu sessions in a small Brooklyn apartment followed by a string of performances in New York, the group recorded and released their debut album “Why Not” on Fresh Sound Records in 2018. Being called “a new jazz supergroup” (Something Else), the album was praised by critics as “a selfless statement of the highest order” (All About Jazz). Following the release, the band underwent significant changes. Raymond accepted the position of Professor of Jazz Trumpet at Indiana University and relocated from New York to Bloomington, Indiana. Shortly after, Stranahan moved temporarily to his hometown Denver, Colorado. With the ensemble split between New York and the Midwest, and the COVID-19 pandemic keeping performing opportunities at bay, the band’s future seemed bleak. But Kind Folk was undeterred, and they began planning for their next opportunity to create together.

The group reconvened in New York for a week in June 2021. Each of the musicians contributed new compositions to rehearsals in Wiesenberg’s apartment, picking up seamlessly where they left off. After recording the music the following day and mixing and mastering the album a few days later, a new artistic statement for the group was documented. Their new album, “Head Towards The Center,” explores a reflection of themes born out of the changing tides the global pandemic brought: longing, joy, heartache, and hope. Beyond this, the album showcases the resilience of the group and their tenacity to continue creating despite their collective circumstances. More than ever, it’s clear that the whole of Kind Folk is greater than the sum of its parts.