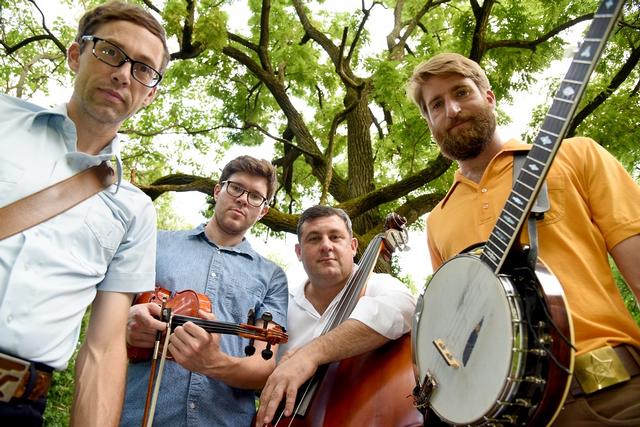 The High and Wides return to The Mainstay LIVE and in person Saturday July 31st at 8 pm! $20 advance/online and $25 day of show.

“These guys are apostles of hillbilly boogie”— THE WASHINGTON POST

The High & Wides project a big, driving sound—mountain musical traditions re-imagined for a new century. Formed on Maryland's Eastern Shore in 2015 and with roots in both urban Baltimore and the rural Delmarva peninsula, they write music about arson and hourly motels, dystopian love songs, and ballads of violent history. The band draws on their backgrounds in bluegrass and weaves in influences from new wave to old time to make music that defies boundaries while evoking the era when country, western swing, and early rock'n'roll coexisted under the label "hillbilly music".

Both 2018's album "Lifted" and 2019's "Seven True Stories" were greeted with critical acclaim and debuted in the Billboard Top 10 Bluegrass Album sales chart, and a third full-length album is on the way later in 2021.