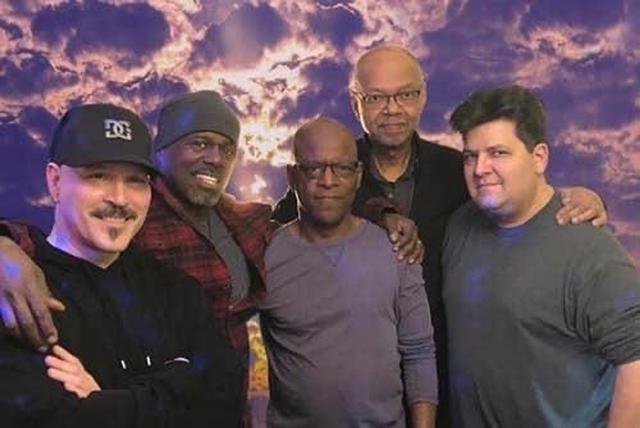 MYSTERIOUS TRAVELER; THE MUSIC OF WEATHER REPORT is comprised of some of the Washington D.C. areas' most accomplished musicians including;

Weather Report was the gold standard. Critically acclaimed and with an adoring and growing fan base a rock supergroup would feel at home with, the jazz fusion quintet begun by ex-members of Miles Daavis’ ground breaking bands, Weather Report were regarded as perhaps the most innovative and exciting group in music for much of their 15 year career spanning 1970-1985.

The group which focused on the superb compositions of founding members Joe Zawinul, & Wayne Shorter, also featured a constant merry go round of brilliant instrumentalists, including bass guitar genius, Jaco Pastorius. who also wrote for the band. Weather Report served as a launching pad for a host of fresh and exciting drummers, percussionists and bassists and each configuration of the group found new ground and seemed as intrepid as the others.

Anticipating the growing North American interest in world music, from the beginning Weather Reports' imaginative songs incorporated rhythms & harmonies from around the world, while also possessing actual hummable melodic hooks that laced the shifting pieces together. Their music includes elements of jazz, rock, funk, Latin, space age synthesizers and all manner of world beat. The 1977 masterpiece "Heavy Weather" included the endlessly catchy "Birdland" and in 2011 that album was inducted into the Grammy Hall of Fame. During the mid 1970's after Pastorius joined the group, the bands' live performances became events, as their music drew in both serious listeners and non jazz fans alike.