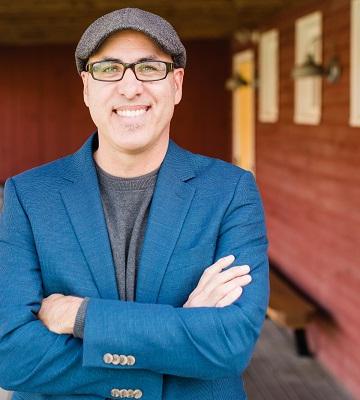 Open call to all vocalists interested in improving their skill set and working with an experienced jazz accompanist. On the last Sunday of each month in 2020, An die Musik Live will host a jazz vocal workshop with award-winning pianist Alan Blackman from noon-1:30 p.m. Get tips on the basics like counting off tunes and following the form during solos but also the finer points of phrasing, interpretations and creating memorable moments in your arrangements. Once each quarter, a public performance opportunity will be held at the venue for those who have been faithfully attending.

Baltimore based pianist and award-winning composer Alan Blackman:. He and his ensembles have performed at Blues Alley, the Kennedy Center, and many festivals and venues from San Francisco to New York. Recent performances have been with Donny McCaslin, Joe Locke, Ferenc Nemeth, Mike Pope, Warren Wolf, Tim Green, Alex Norris, and Sunna Gunnlaugs among others. He was selected to be part of the Betty Carter Jazz Ahead program at the Kennedy Center, The Banff Centre Residency program and has received grants from the Maryland State Arts Council in jazz composition, performance and world music as well as the Chamber Music of America’s prestigious New Jazz Works multi-year commission. Arrangements and performances of his music have been featured on NBC’s Parenthood, NPR’s Talk of the Nation, and JazzSet with Dee Dee Bridgewater, as well as Stephen King’s movie, 1408.

Turning Point featuring Donny McCaslin was released in 2011, Alone Together: The 2 Piano Project in 2012 and The Coastal Suite, a multimedia work is out now on Top Floor Records. Chapter 3, released in 2018 is the latest recording and features guitarist Gilad Hekselman.