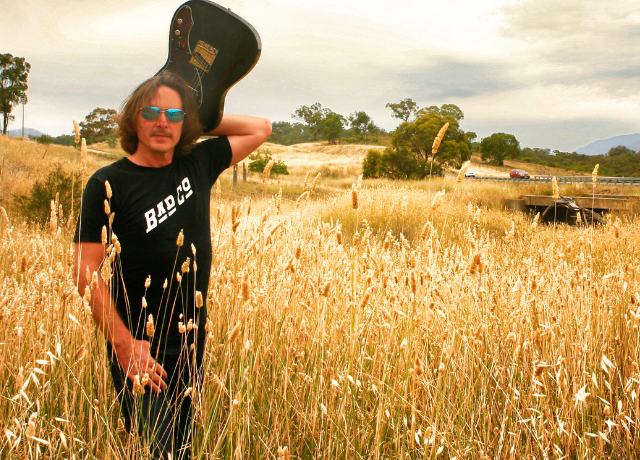 Doug Henthorn has been changing the oil in a number of projects since founding and fronting the now disbanded rock band Healing Sixes (2000-14), but the focus has always been on his solo career. His debut release 'Cold Medicine' (2016) is a crafty, sometimes brooding songscape, while the current release “The LLC” (2019) is a fun barebones rock record with a healthy dose of newly termed ‘Alternative Blues’. Doug's music has taken him around the world and all the while he still calls Indiana home.

Highlights over the years:
• Signed to Columbia Records in the mid nineties with the band Pod.
• Formed Healing Sixes and released three records that featured the talents of Kevin Shirley, Jason Bonham, and Joe Bonamassa.
• Performed and recorded with John Hiatt, Beth Hart, Joe Bonamassa, Jason Bonham, and others.
• Performed all over the US, Mexico, Canada, Japan and Europe with a noteworthy performance at the Royal Albert Hall and Hammersmith Odeon in London with Joe B.