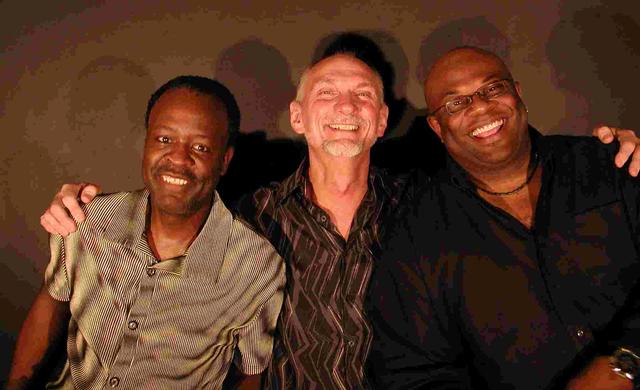 Howie Smith
A virtuoso saxophonist, composer and jazz musician, Mr. Smith has presented concerts and workshops throughout the United States, Canada, South America, Europe, and Australia, and has performed and/or recorded with musicians/organizations as renowned as John Cage, the Cleveland Orchestra, Dizzy Gillespie, Elvis Presley, and the Tone Road Ramblers. His catalog of compositions is extensive, and recordings of his work can be heard on the Philips, Polydor, Optimism, and Sea Breeze labels. Mr. Smith has twice served as co-chair of both the Jazz Fellowship and the Music Overview panels for the National Endowment of the Arts. He holds music degrees from Ithaca College and the University of Illinois.

David Thomas
Dave Thomas is most  talented piano and organ player. A native of Youngstown, Ohio, Thomas was an original member of the R&B group, "Sweet Thunder". He has also performed with numerous artists including the late James Cleveland, Dizzy Gillespie, Albert Ayler, Jean Carn, David Ruffin, and Grover Washington. His musical involvement also includes musical theater as a writer, performer, and musical director. He is also a gifted educator, having worked at The Cleveland School of the Arts, Cuyahoga Community College, Cleveland State University, and Case Western Reserve University. Presently, he is a music teacher with the Cleveland Board of Education School District, Musical Staff member of The Southeast Seventh Day Adventist, Faculty member of The Cleveland State University, and Minister of Music at St. Timothy Baptist Church.

Bill Ransom
Cleveland drummer and percussionist Bill Ransom is one of the most respected musicians on the Cleveland scene today.  A veteran of the bandstand Bill Ransom has played in support of an eclectic group of name musicians including the R & B sensation Levert, smooth jazz saxophonists Najee and Marion Meadows, and on the straight ahead side, trumpeter Cecil Bridgewater, Flutist James Newton, and pianist Eric Gould
.
In recent years Bill Ransom has started to make his mark as a bandleader.  He has lead the Jazz meets Hip Hop project for the presigious Tri-C Jazz Festival for the past five years.  And even more notable he released his debut CD "Generations" in 2006 which features a blend of youth and experience, showcasing the bridge that jazz music creates.

Bobby Ferrazza was born in Cleveland and began studying guitar at 15, after developing a passion for music from listening to rock and the popular music of the time. It wasn't until he heard a George Benson record, that Ferrazza started to concentrate his efforts on jazz—an entirely new genre to him. After playing for less than a year, Ferrazza sought out jazz guitar legend Bill deArango for lessons.  Other lessons followed with jazz guitar greats such as Joe Pass and Pat Martino.