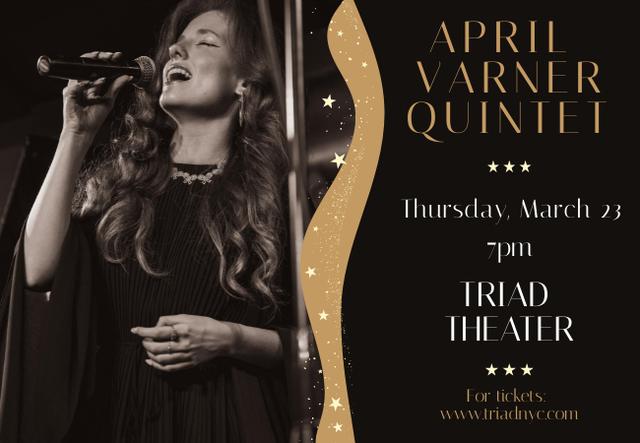 Join April Varner and her Quintet for an array of arrangements of beloved Great American Songbook standards, as well as various original compositions.

Vocalist April Varner was born and raised in Toledo, Ohio. She began her studies as a classical vocalist and pianist at age 8 and 6, respectively. No stranger to the stage, April began performing and competing at age 5, displaying vocal, musical theatre, drama and piano talents at the local, regional, national and international levels.

April currently resides in New York City, where she is actively arranging, composing, and sharing her gift at various jazz clubs around Manhattan. This has included Mezzrow, the Django, 55 Bar, Dizzy’s Coca-Coca Club, Ornithology Jazz Club, Birdland, and more. Most recently, April graduated in May of 2022 with her Master’s degree in Jazz Voice Performance from the Manhattan School of Music.