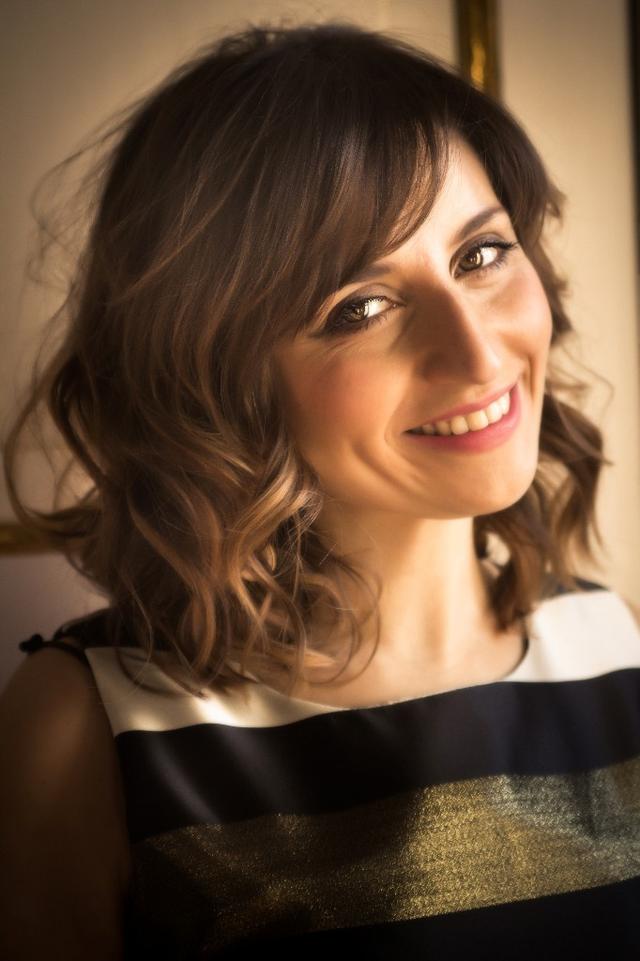 "Maybe you were here at Nighttown when Chiara first performed with Diego Figueiredo.  Maybe you've been here for Cyrille Aimee's most recent two sold out concerts.  Then you'll want to come hear Chiara Izzi.  She is an exciting vocalist that critics are loving, and we think you will too."  JW

Award winning Italian singer, songwriter Chiara Izzi has been described by Jazz Times as “a talent to be heard, admired and anticipated”.

She started her musical path in Italy by learning to play the piano and performing very early. She developed a versatility thanks to a multitude of performances in Italy and abroad in Belgium, Switzerland, France, the United States, Finland and Germany, which led to her vocal mastery of traditional jazz alongside contemporary styles. Chiara’s sound is based on her own unique interpretation of a fusion of different genres, including jazz, pop and Mediterranean sounds.

Chiara’s International debut took place at the Montreux Jazz Festival Vocal Competition in 2011, where she was awarded first prize by the living musical legend Quincy Jones. Following this award she was invited to open for Paco de Lucìa’s concert at the Montreux Jazz Festival in 2012. Thanks to this award she had also the chance to record her debut album “Motifs” released by the New York based label Dot Time Records.

How that talent has evolved and blossomed since Izzi moved to New York is apparent on her 2019 release, Across The Sea (Jando), a cooperative project with pianist Kevin Hays.

She is currently living in New York and performs regularly around the city. Some of her notable performances occurred in prominent venues such as Montreux Jazz Festival, The Iridium, Apollo Theater,  Aspen Jazz Festival, Jazzahead, Smalls, and many more festivals and venues around the world.

In 2019, Smith released his 4th album as a leader “Live in Brooklyn” on his own label Smith Tone Records. In addition to leading his own projects and working as a sideman, Smith is a founding member of the critically acclaimed New West Guitar Group.