Steven B and Friends 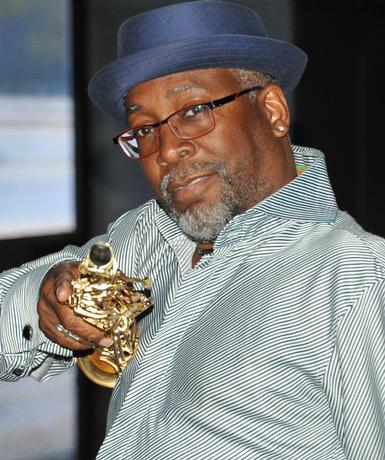 Having a sound that could be described as “smooth and edgy at the same time”, saxophonist Steven B. comes straight at you with a mission of seizing your ears! Filling each musical moment with emotions and colors that can only come from one’s soul, his saxophone is the tool used to tell a story. His story! His voice!! His WAY!!!

Hailing from the musically rich city of “Brotherly Love” – Philadelphia, PA, Steven Bundick (better known as Steven B.), began his musical journey at age five playing the clarinet. By the age of thirteen he switched to the alto saxophone and developed rather quickly. He started playing in area R&B; bands - performing for private parties, street parties and other local social events. After college (Delaware State University), he headed to the Washington DC area to work as a Paralegal in both the Government and Private sectors during the day and consistently performing at night and weekends all over the area in all types of musical situations and genres.

Today, his musical arsenal includes the soprano, alto and tenor saxophones, Yamaha WX-11 wind controller as well as his lush tenor vocals to round out his ability to both play and sing, thus positioning himself to be able to connect with a diverse adult audience and makes him a sure bet to cross boundaries as a multi-faceted musician.

In addition to the vast diverse list above, Steven B. leads his own musical group that goes under the moniker "Steven B. & Friends". This group consist of some of Washington DC's finest who have themselves performed with national and worldwide artists.

Although Steven B. has not released a CD yet under his own name to date, his sound can be heard and is represented on various other musical projects crossing all kinds of genres. That said, Steven B. is currently in the studio working on his own release due Spring/Summer of 2023. Stay tune!