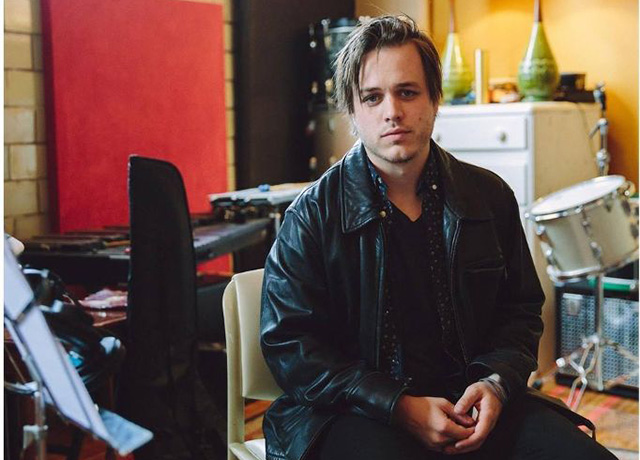 “From the opening bars of "The Times They Are a-Changin'" it is clear that something special is happening. Ballantine's rubato guitar introduction leads into a trio version with bassist  Jesse Wittman  (returning from  Where Is My Mind? ) and new drummer  Chris Parker , the core group on the album (augmented by guests on five of the twelve tracks). Then the arrangement dissolves into a looped soundscape—with backwards guitar, a common sound on the album. The treatment is simultaneously faithful to the original song and a radical departure from it.

The apocalyptic anti-war anthem "Masters of War" (from 1963's  The Freewheelin' Bob Dylan ) is the first track featuring a guest musician. Tenor saxophonist  Rob Dixon  contributes a towering solo that culminates in a screaming intensity that is completely appropriate to the original lyrics. "It's Alright Ma (I'm Only Bleeding)" (from 1965's  Bringing It All Back Home ) finds the band in country shuffle mode. Ballantine stays close to the original guitar part, and organist Shawn McGowan invokes the spirit of  Al Kooper  in his organ pads and a fine solo. "Don't Think Twice It's Alright" (also from  Freewheelin' ) features the first vocal, a soulful treatment by Brandon Whyde, who also contributes an accomplished finger-style acoustic guitar part. The drums sit this one out.

Saxophonist  Amanda Gardier  (who appeared on both of the preceding albums) is featured on alto saxophone on "Shelter From The Storm" (from 1975's comparatively recent  Blood on the Tracks ). She plays the tune as well as a lyrical solo; bassist Wittman also contributes a melodic solo. "Tears of Rage" (from  The Band 's 1968 debut album  Music From Big Pink ) features more great organ from McGowan, this time channeling Garth Hudson. The collection concludes with "I Shall Be Released," another Dylan/The Band collaboration. Ballantine says he ended the album with it as an homage to the film  The Last Waltz . As in the film, almost everyone on the session joins in: the core trio is joined by Mina Keohane's vocals and Wurlitzer electric piano, Gardier's saxophone, and Whyde's vocals. A stirring conclusion to a very satisfying album.” -All About Jazz