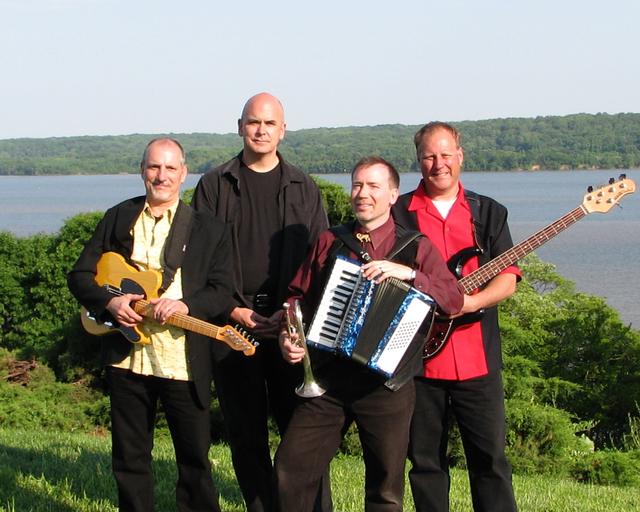 Formed in 1992, Zachary Smith & the Dixie Power Trio has developed a reputation as the East Coast’s premier “Louisiana variety band” – capable of playing authentic sounding New Orleans jazz, zydeco, Cajun, street parade, and Louisiana-style funk. The four-piece trio (we blame Cajun math) has carved out a niche as a fun and exciting ensemble capable of entertaining audiences of all ages.

Listen for a set and you might here the DPT tackle anything from Louis Armstrong to the Rolling Stones. Borrowing material from the Neville Brothers, Buckwheat Zydeco, Dr. John, Chuck Berry, Fats Domino and many others, the Dixie Power Trio has a knack for reinventing classics. At the same time, they take pride in the authenticity of their New Orleans jazz repertoire and original compositions. The common thread is that it’s all good music with a party vibe. Music from the band’s seven CD’s has been featured on NPR’s “All Things Considered”, the WB series “Elimidate Deluxe”, and the feature film “Crazy Like a Fox”. The group won a WAMA award for their 2001 release “Ain’t my Fault”.

After your purchase, you will receive a confirmation message. The message contains a link to the concert event page. The page will now display a countdown clock until the live concert link is revealed,30 minutes prior to showtime.