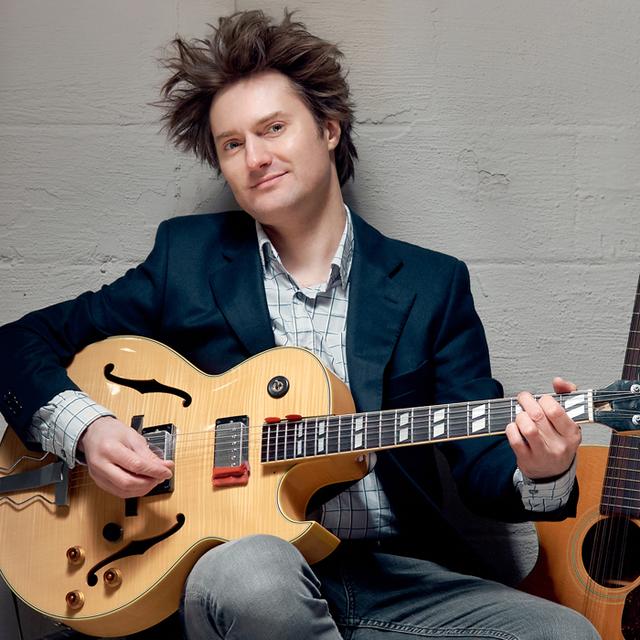 Pawe? Ignatowicz is a New York City-based guitarist, composer and music producer, born on December 20th, 1980 in ?ywiec, Poland. Since his earliest years, he was surrounded by a wide variety of musical influences. His father being a multi-instrumentalist, he grew up in a musical family that ranged in style from folk music of the Highlanders of the Beskid ?ywiecki region to New Orleans Dixieland Jazz. At the age of 8, Ignatowicz enrolled in the Polish National Music School to study Clarinet. The Saxophone soon followed on his list of instruments to master, as he continued in his search for the instrument that would best serve his need for musical expression. Then, at the age of 10 he found the guitar, which became the sole focus of his pursuit for musical mastery. After finishing high school, he continued his education at the University of Silesia, where he majored in jazz guitar with Prof. Karol Ferfecki. Ignatowicz graduated with a Masters in Music in 2005 and moved to New York where he currently resides.

Ignatowicz 's musical sensibilities are inspired by a myriad of influences, from his childhood fascination with the compositions of Freddie Mercury and Queen, through the virtuosity of Steve Vai, to the music of John Coltrane, which in particular has had a profound impact on his musical development. It is because of the pure genius of Coltrane that Ignatowicz became interested in jazz, in which he found his musical identity. The Polish guitarist's compositions, falling somewhere between straight-ahead jazz and fusion, combine a variety of elements ranging from Jimi Hendrix to the contemporary classical music of Steve Reich and Philip Glass. Ignatowicz is known to say, “The only reasonable division is between good and bad.” For this reason he does not place his music into a particular genre. Instead he remains open to new influences and trends, creating musical ‘spaces’ without the boundaries set by classification while placing emphasis on what is best in melody, harmony and tone.

At the beginning of 2008, he released his first album entitled "Talk To You Later". In 2011, he recorded the music score to the film "Double Breath" by screenwriter and director Rafal Janus. Apart from these projects he has composed a substantial number of solo recordings which can be found on his website.

Most recently, in 2016 Ignatowicz collaborated with a quartet of young acclaimed musicians to record his new album “Here and Now”. Influenced by acoustic, electric, drum and bass, Latin, Indian and minimal music, “Here and Now” features Ignatowicz on both electric guitar, acoustic, guitar synth and electric sitar, Ferenc Nemeth on drums, Julian Shore on piano and keyboards, Edward Perez on bass and Jonathan Singer on tabla. The album embodies a fresh and contemporary approach that weaves a variety of acoustic sound through the album’s very melodic concept but still very much remains in tradition and roots of jazz.