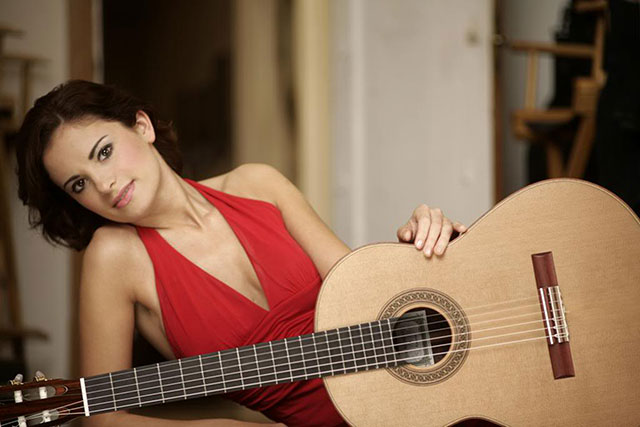 Perennial Audience Favorite!  Expanded to two dates -- get your tickets early -- this event will sell out.

Ana Vidovic is one of the youngest virtuoso guitarists in the world. She was born November 8, 1980, in Karlovac near Zagreb, Croatia and started playing guitar at the age of 5, inspired by her brother Viktor. By the age of 11 she was performing internationally, and at 13 became the youngest student to attend the prestigious National Musical Academy in Zagreb where she studied with Professor Istvan Romer. Vidovic's reputation in Europe led to an invitation to study at the Peabody Conservatory in Baltimore, U.S., with Manuel Barrueco, from where she graduated in May 2003.

Tickets: $25 in advance/$28 at door (no student tickets for this event)