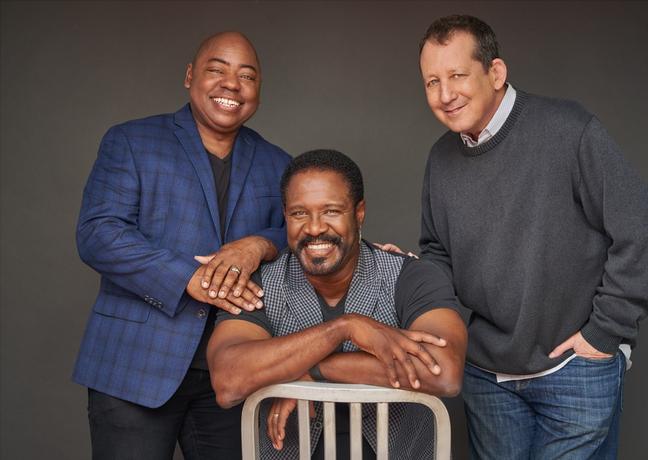 Pianist, composer and producer Jeff Lorber has been a major innovator on the creative music scene for over three decades. Along with maestros Herbie Hancock, Joe Sample and Bob James, Lorber is a groundbreaking Fender Rhodes pioneer. Having produced for everyone from Dave Koz to Kenny G, the Grammy nominated pianist’s long running acclaimed ensemble, Jeff Lorber Fusion, was a major force in contemporary jazz’s early beginnings. The Berklee College of Music alums latest releases are his Grammy nominated Hacienda and 2015’s Step It Up featuring Jeff Lorber Fusion.

Everette Harp’s soulful and trademark blend of jazz, R&B, funk and pop have made him a favorite among fans, fellow musicians and critics alike. Harp’s impressive career that has allowed him to collaborate with everyone from Aretha Franklin, Chaka Khan, Anita Baker, Luther Vandross and Patti Labelle to George Duke, Herbie Hancock, Billy Joel and Kenny Loggins. Harp has left an indelible imprint on the scene with his own unique, muscular and soulful approach. His work on TV has brought his saxophone into the homes of millions who have heard him playing the theme songs for such popular TV shows as Entertainment Tonight and Soul Train. He also holds the distinction of being a former member of the posse on the first Arsenio Hall Show.  A graduate of North Texas State University, Harp hosts the radio program Smooth Jazz Odyssey with Everette Harpon WLOQ in Orlando, FL. His latest solo release is First Love.

Paul Jackson, Jr. is regarded as one of the most recorded guitarists in the world. He has seven previous successful albums, containing several top ten releases to include Grammy nominated “I Came to Play”. In 2014, Jackson contributed to several tracks on the album, Random Access Memories by Daft Punk, which garnered 5 Grammy Awards and was the #1 album in 104 countries. Jackson earned a Grammy recognition for his contribution to the album.