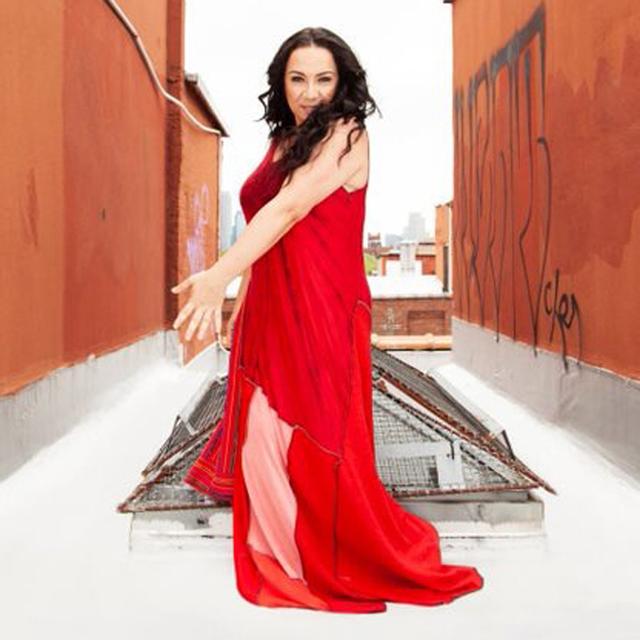 Reflection and re-dedication are steady themes in the life and work of Claudia Acuña. Following her dynamic debut on the NY scene in the 1990’s she recorded five albums as a leader, and then stepped away for a decade to raise her son and restore her power. Returning refreshed and reborn in 2019, Acuna delivered the Latin Grammy nominated album Turning Pages, representing reclamation, recovery, and documenting a major creative leap.

As 2020 rocked the world we all experienced our own version of such a journey, asking ourselves important questions of intent and purpose. Claudia returned to a long time desire - to record a duets album of songs from her homeland, Chile. As the world slowed to a crawl, Acuna took this time to remember the past, to find the core of her dedication and the power of music. The result is DUO, 9 songs recorded with some of the finest musicians in the world. Entering the studio with the likes of Fred Hersch, Christian McBride, and Kenny Barron for an intimate recording put her in a vulnerable spot, but the ease and comfort of the experience set the tone. The simplicity of just two, feeling the music and letting it flow through them, brought her to a new place as a singer.

Seven of the songs on DUO come from composers hailing from Chile, Cuba, Argentina, and Mexico, and one from the great Chick Corea. The final track is Acuña’s sole original composition, and speaks of her relationship with Mother Earth. ‘…at the end of the day we all walk alone, and we can discover our beauty when we see Earth and us as one’

Born July 3, 1971 in Santiago and raised in Concepcion, Acuña established herself on the Chilean jazz scene in her early 20s. When she arrived in New York City in 1995, Acuña quickly gained recognition as a leading voice on a scene rapidly being transformed by a wave of brilliant Latin American musicians. Part of the roiling scene centered on Small’s, she plunged into collaborations with masters such as Jason Lindner, Harry Whitaker, Arturo O'Farrill, Guillermo Klein, Avishai Cohen, Branford Marsalis, George Benson, Louie Vega, Danilo Perez, and Tom Harrill.

Her five albums as a leader established Acuña as a creative force, from 2002’s Rhythm of Life (Verve) and 2004’s Luna (MaxJazz) though 2008’s In These Shoes (Zoho Music) and 2009’s strikingly beautiful En Este Momento (Marsalis Music). Whether putting her stamp on popular Latin American ballads, reimagining jazz standards from a South American perspective, or bringing infusing Afro-Caribbean material with a wide rhythmic sensibility, Acuña stands out as a passionate and emotionally incisive singer with a gleaming, burnished bronze tone.

For much of the past decade she’s put her recording career on the back-burner to focus on raising her son. Instead of touring, she’s stayed closer to home, where her keen intelligence and intrepid spirit has made her the vocalist of choice for many of jazz’s most creative figures.