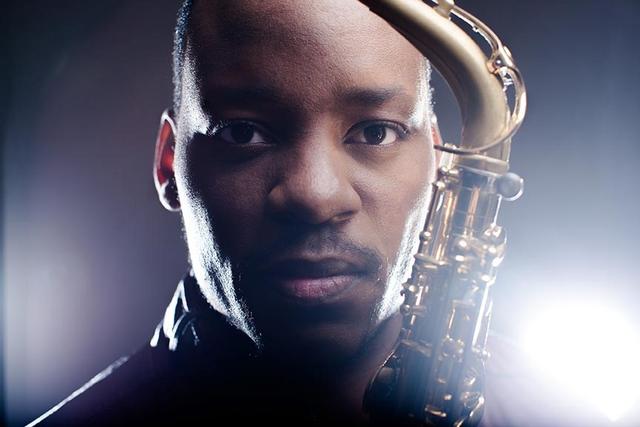 Contemporary saxophonist, author, and music producer Jackiem Joyner has set the bar high in his close to 20 years as a performer. With a number one jazz album, several Billboard chart-topping hits, and a series of critically acclaimed books to his name, he has shown himself to be the rare artist capable of transcending his instrument and reaching a mainstream audience.

Now, as he begins the 18th year of his career during a time of unprecedented change in the entertainment industry, he remains as focused on his art as ever.

Jackiem was born in Norfolk, VA. At an early age, he began to show signs of the restless creativity that would later define his career. Despite his humble upbringing, he was able to get his hands on a saxophone as a child. The instrument quickly became his constant companion. After years of practice, he emerged in style with 2007’s ‘Babysoul.’ A masterclass in seductive smooth jazz, the album marked the arrival of a brilliant instrumentalist, and set the stage for a prolific recording career that would include Grammy runner ups, hit singles, and no shortage of critical adoration, right up through 2019’s ‘Touch’, and on to 2020’s EP “Journey of Passion”

As a performer, he has toured over 30 countries and performed with the likes of the late George Duke, Marcus Miller, Keiko Matsui, Donnie McClurkin, Angela Bofill, Najee, Kirk Whalum, Peter White, and many others.

While his career as a recording artist and performer would be enough to keep anyone busy, Jackiem has been nearly as prolific as an author. His novels, which span from gritty urban thrillers to highly imaginative science fiction have garnered praise from all around the world. Including Steven King! He invited Jackiem as a guest on his podcast.