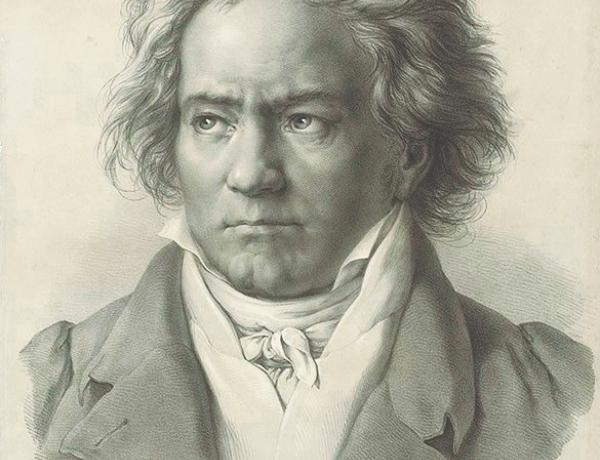 The year 2020 marked the beginning of the 250th birthday celebrations of Ludwig van Beethoven (1770-1827), which are still continuing worldwide. We honor the span of his creative life with two different fortepianos representing the middle and late periods of his musical style. UC Berkeley Music Professor Nicholas Mathew will perform Beethoven pieces from these periods, with a thoughtful and historically informed performance practice.

The earlier piano is a replica of an 1800 model by the Schanz brothers. The instrument is part of UCSC’s collection, and is lightweight, with a range of 5 1/3 octaves. UC Berkeley contributes the second instrument, a reconstruction of Conrad Graf’s 1820 model — a somewhat heavier and larger piano, with a range of 6 1/2 octaves.

Beethoven’s style evolved significantly over the course of his life, in a way that influenced the course of musical culture. Equally influential was the piano itself, whose rapid transformations during the early 19th century not only reflected composers’ changing musical values but also made new musical thoughts possible. To trace the intertwined development of Beethoven’s music and that of the piano is our inspiration for this concert.