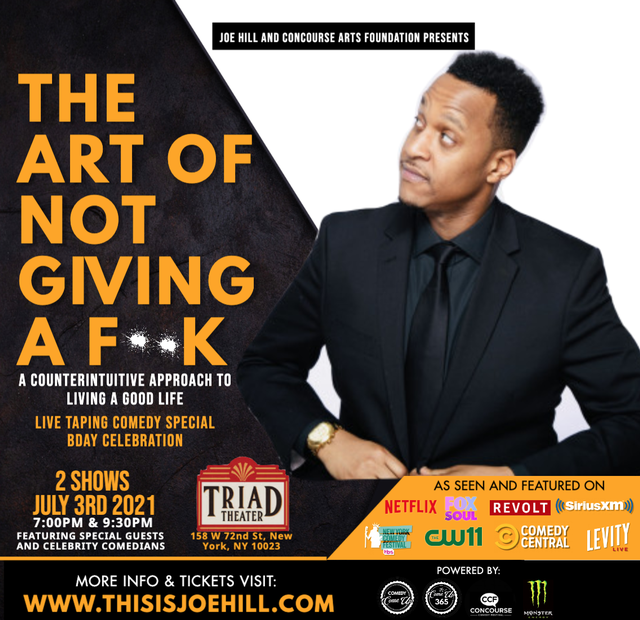 Joe has been seen on Fox Soul's "The Mike and Donny Show", CW11's Season Finale of "Katy Keene", Netflix's "The Politician 2", & Revolt TV's "Black News" He has also been featured on Comedy Central, and Amazon Prime. Joe is the host and producer of The Afterthought Podcast.

Since 2020, Joe has released three comedy albums. "Who The F**K is Joe Hill?", "Joe Hill: Live From Chocolate City", and "Jingles, Jokes and Ho's" on Christmas day. Joe is slated to release his fourth comedy album titled "Back For The First Time" on July 5th, 2021.

Joe Hill toured the nation at various comedy clubs on his 19-state comedy tour titled "The Art Of Not Giving A F**K".

Hill is also the producer of the Concourse Comedy Festival, a festival not only for comedians from the Bronx, New York, but from around the nation.

Come out for a live comedy special like no other featuring some special guests with celebrity appearances.

Please Note: the venue has a 2-beverage minimum per person