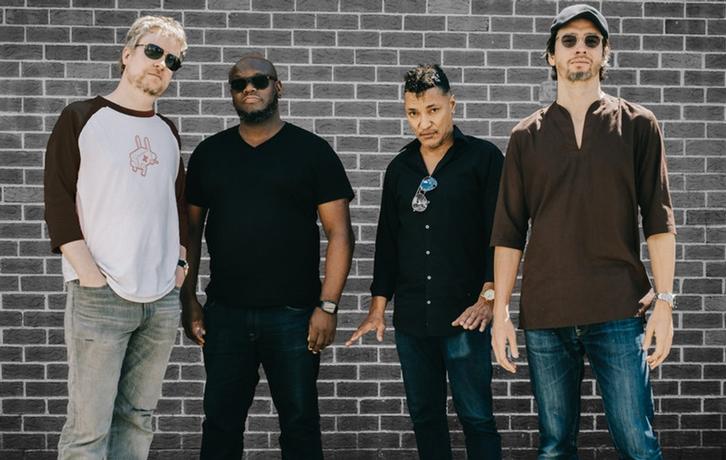 The trickster figure is an ancient archetype in human folklore. Tricksters are creative in nature, using mischief and magic to disrupt the state of things, breaking taboos and conventions, opening doorways. They exist outside of the mainstream, working from the margins, creating movement across the borders. They cause damage and they heal. They are storytellers and improvisers. Because these ideas resonate with my approach to music-making, it occurred to me that the trickster could be a fertile theme for a new book of compositions. As I began my research, I looked for themes that seemed musical in nature, translating them into compositions for quartet. My main concern was that the musicians focus on testing the limits of each composition through improvisation, with the sensibility of storytelling in mind. The listener can get a sense of the trickster narratives by following the rhythms, which have many twists and turns and are not always what they seem to be.

Miles Okazaki is a NYC based guitarist originally from Port Townsend, a small seaside town in Washington State. His approach to the guitar is described by the New York Times as “utterly contemporary, free from the expectations of what it means to play a guitar in a group setting — not just in jazz, but any kind.” His sideman experience over the last two decades covers a broad spectrum, from standards to experimental music (Kenny Barron, John Zorn, Stanley Turrentine, Dan Weiss, Matt Mitchell, Jonathan Finlayson, Jane Monheit, Amir ElSaffar, Darcy James Argue, and many others). He was seen prominently with Steve Coleman and Five Elements from 2009-2017. As a leader Okazaki has released five albums of original compositions over the last 12 years and is an artist on the Pi Recordings label. He has also released a six album recording of the complete compositions of Thelonious Monk for solo guitar, published a book Fundamentals of Guitar with Mel Bay, has taught guitar and rhythmic theory at the University of Michigan for five years, and holds degrees from Harvard University, Manhattan School of Music, and the Juilliard School.