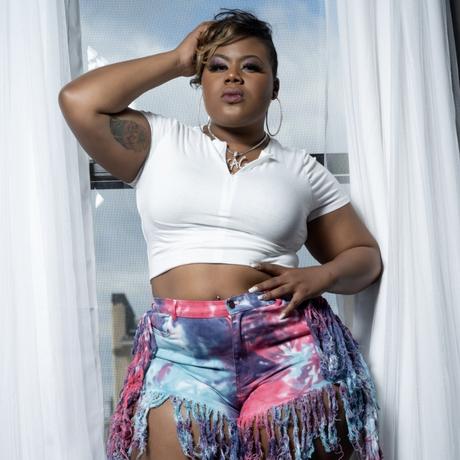 Charis Reese is a multi-faceted trained singer with musical roots in RnB, Jazz, Funk, Gospel, and Pop. During this show, she will debut a few of her newly recorded singles from her upcoming sophomore album “Unstoppable!” Ms. Jones’ all-star band will get the crowd out of their seats with their live arrangements of her radio hits “You’re My Baby,” “SOTLIVE,” “Boo’d Up and I Like Dat” GoGo remixes. Not only will she captivate you with her stage presence, charisma, and comical demeanor, but you will be drawn in by her powerhouse and sultry vocals. To make the night even the more exhilarating, she will be joined with platinum award winning guitarist Cheryl “Unruly” Cooley of the All-female band KLYMAXX. This show is set to be one of lasting memories, so be sure to get your tickets early and be in the mix of music royalty.

Charis Jones aka "CharisReese" is a native Washingtonian of the DMV, residing in Los Angeles, captivating many with her infectious personality and stage presence. She is an RnB Singer known for her world-renowned GoGo remixes, such as “Boo’d Up” GoGo Remix, “Like A Girl” GoGo Remix, and most recent, “I Like Dat GoGo” Remix. She was spotlighted by Grammy Award Winning Rapper, Da Brat for having "authentic soulful music."

Her melodic tones and timbre, and her jukebox vocal charisma, electrify every audience that she holds. Charis' first album, "Introducing Miss Jones" was released in the Summer of 2015, and since then, subsequent singles were released, such as "No Problem," "SOTLive," "Heartstrong" ft. Yusha Assad, and “God Has Smiled on Me.” She has headlined countless music festivals, appeared on WUSA9 Great Day Washington, ABC7 Good Morning Washington, SOCAL Spectrum One, and held several radio and podcast interviews, along with features on WPGC 95.5 FM, WHUR 96.3FM, Sirius XM Heart n Soul and Crank Radio, DTLR Radio, The Marc Clarke Show and The Sarah Fraser Shows. CharisReese is currently working on completing her second album, “Unstoppable” set to be released in 2023.

Ms. Jones is also the founder of the IAG Radio Show, which offers independent artists a welcoming and positive platform to share and showcase their artistry. In 2019, she founded the “Like A Girl” S.T.E.A.M. Summit to provide black and brown girls mentor-led workshops, career experiences and exploratory trainings. Charis is a well-rounded, educated, comical and loving personality. She just received her first three IMDb credits for having songs synced in two full length films, “District Queens” and “Covered Silence.” Following her September graduation from the LA College of Music, she intends on having additional songs synced in commercials, movies, web-series and video games; along with participating in plays and television series, as a dual actor and singer.