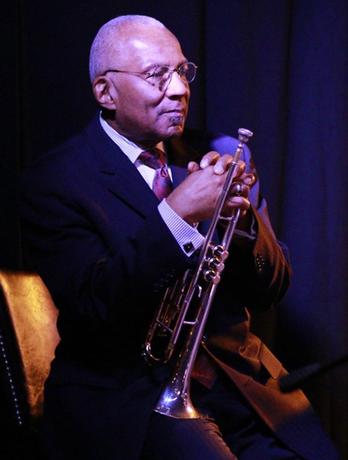 Enamored by the 1950s, 60s and 70s jazz quintets led by Art Blakey, Horace Silver, Miles Davis and many others, Lamkin's quintet specializes in presenting a repertoire of "straight ahead" jazz standards and originals. The name "Favorites" refers to “jazz," the music he prefers to play, as well as the many local musicians he selects to perform in his band due to their exceptional musical artistry and depths of their friendship. His group has served as a platform for area musicians who yearn, as he does, to play "straight ahead jazz."

His recording credits include a 1984 recording titled, “Hot,” and a 2018 titled, “Transitions.” Currently he is in the studio working on a third recording which is planned to be released in the spring.

Dr. Lamkin received the "2014 Jazz Heroes Award" from the Jazz Journalist Association for having a significant impact on jazz music in the Baltimore community, and in 2018 he received the “Giants Among Us Award” from Quincy Phillips and Brian Davis for “Significant Contributions to the Music Landscape in Baltimore, MD. Also in 2018, he was selected for inclusion on the Maryland State Arts Council’s (MSAC) Performing Artists Touring Roster. He retired from University of Maryland Eastern Shore in 2014 and in 2016 he was conferred “Professor Emeritus” for outstanding service to UMES.

Dr. Lamkin teaches trumpet privately at Bills Music in Catonsville Maryland, and at the Maryland Music Academy in Columbia Maryland.