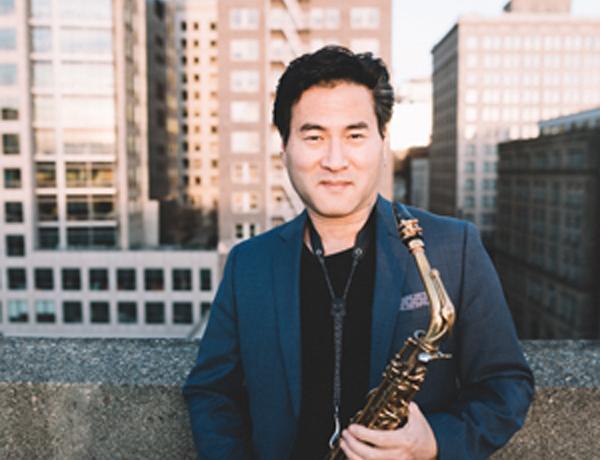 Jeff Kashiwa is a jazz saxophonist native to Seattle who became known on the music scene in 1989 as a member of popular contemporary jazz group The Rippingtons. He toured internationally with the group for over 18 years and has appeared on 10 of their chart-topping CD’s.

In 2004, Kashiwa created a new group called, "The Sax Pack" along with fellow saxmen and friends, Steve Cole & Kim Waters. Along with being musically cohesive, the trio share a unique and comical camaraderie on stage.  With his 11th solo cd release, “Sunrise” Jeff continues to record and tour worldwide.

He has appeared on two Grammy Nominated instrumental jazz recordings by Acoustic Alchemy and The Rippingtons. Kashiwa plays saxophones, flute and the NuRad Wind Synth. In addition to touring and recording, Kashiwa is the Faculty Program Coordinator for Music Technology and the instrumental ensemble director at Shoreline Community College in Seattle.