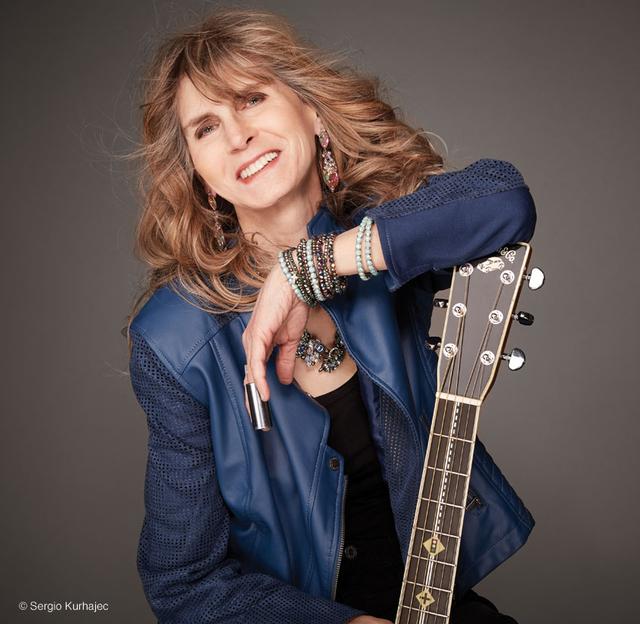 Rory Block may not see herself the way her fans, the music world, and the press view her career. But seminal Blues guitarist Robert Johnson’s grandson Greg Johnson says, “When I hear Rory Block’s music, it’s as if my grandfather is here all over again.” Rolling Stone Magazine credited her with recording “some of the most singular and affecting Country Blues anyone, man or woman, black or white, old or young, has cut in recent years."

In a career that has thus far produced 36 albums, six Blues Music Awards, and numerous world tours, Rory Block's fabled odyssey finds her at the absolute height of her talents, and at the top of the touring world, while at the same time living life as a music producer, author, ordained minister (she refers to it as "Preaching the Blues"), a music producer, festival promoter, mother, wife and friend to thousands at her ChurchLIVE venue in rural Chatham, New York.

The Blues Foundation wrote “Today she is widely regarded as the top female interpreter and authority on traditional country blues worldwide." It can easily be said that she is the best acoustic blues artist performing today, having been nominated in January 2020 for the Blues Foundation’s prestigious Koko Taylor Award as Traditional Female Blues Artist, coming off a 2019 award for the Acoustic Artist of The Year.

Rory Block is the standard bearer for early American roots blues- a celebrated, multi award winning artist, and a songwriter whose originals ring with unadorned power and truth. Everything she performs becomes anointed, whether songs by legacy artists like Son House, Robert Johnson, or Bessie Smith. Asked how she finds the common denominator in the wide ranging styles and experiences she sings about, she responds “No matter what the outward circumstances, we all share in the same universal experiences, we’re all essentially rowing in the same boat, which is life. You can be an anointed painter. You can be an anointed writer or musician- it’s about doing what you love, and allowing a spirit to come through you that channels something bigger than you.” The New York Times called her playing “perfect, her singing otherworldly as she wrestles with ghosts, shadows and legends.” People Magazine said it simply, "If you like music steeped in tradition and genuine feeling, this is your woman."

The daughter of a Greenwich Village sandal maker and influential country fiddle player, she spent her childhood surrounded by the likes of John Sebastian, John Hammond and Maria Muldaur who frequented her dad’s Saturday afternoon jam sessions. Bob Dylan lived just a few doors from the Sandal Shop at the height of the folk music revival of the early ’60s. She remembers seeing the young Dylan visiting with her father and found inspiration in his unique artistic presence.

Rory Block, today’s everywoman, finally recognized for what she’s grown to be, the premier voice of today’s acoustic blues guitar, renewing the promise of long forgotten blues women of the past and adding new energy that’s a piece of her heart. “My husband, Rob and I, we talk about it a lot. We jump into the car every day and listen to whatever we just recorded. That’s what gives us energy. That’s what gives us purpose. I think to myself if I’m ever not recording, there’s going to be some kind of dropout to my life. There’s going to be some kind of void. I always have to be surrounded with music to feel the energy I need to live. I mean, its energy, its spirituality. I live and breathe music.”