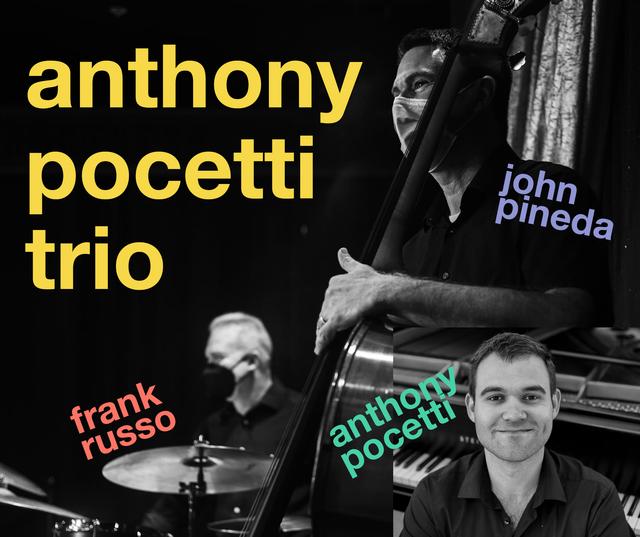 Anthony Pocetti grew up in Hamilton, NJ. He began taking classical piano lessons at an early age but switched to studying with a jazz pianist in high school. Anthony went on to receive a bachelor's degree from New York University and master's degree from Manhattan School of Music in jazz piano performance. He has since performed with a wide variety of musical artists at venues all around the world. Since 2017, Anthony has served as pianist for The United States Army Field Band's Jazz Ambassadors, traveling around the nation and abroad as a musical ambassador for the United States Army.

John Pineda has been a professional bassist since his high school days in LaMarque, Texas. After studying at San Jacinto College in Houston and the University of North Texas, he moved north-east to the jazz mecca of Boston. His solid, in-the-pocket style of playing gained him a far-reaching reputation. He has recorded with drummer Joe Hunt, saxophonist Jerry Bergonzi and performed with trumpeter Tim Hagans, pianist Mulgrew Miller, and guitarist Mundell Lowe, among others. Some of his influences include virtuosi Dave Holland, Charles Mingus, and Larry Grenadier.

Frank Russo joyfully paints colorful soundscapes with his highly skilled, passionate, musical drumming. He's an in-demand performer, recording artist and educator who currently resides in Maryland and teaches at Towson University. Raised in the NYC area, Frank was steeped in the rich musical heritage of the jazz legends at an early age and carriers on the legacy of a musical family. An incredibly adaptable musician, a partial list of his performances testifies to his talent. Tours have included several trips to Asia, Europe, Canada, Mexico and Bermuda.

This a LIVESTREAM ONLY event. You will receive a confirmation email. The link in your confirmation will go live 30 minutes before the concert begins.