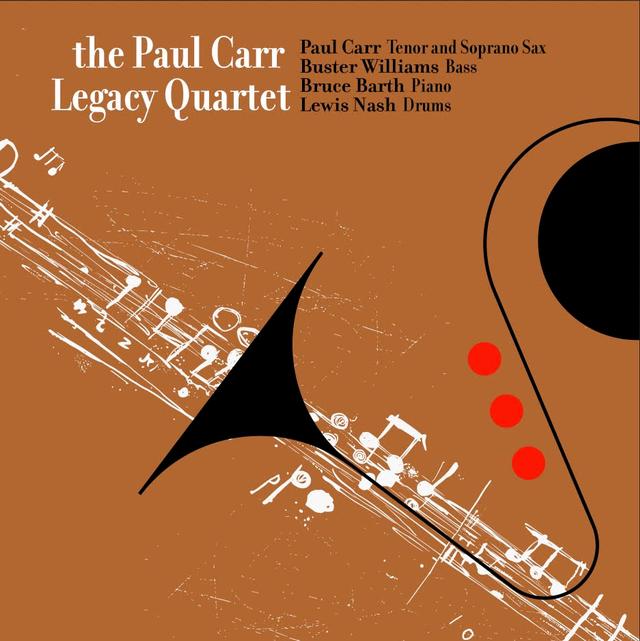 Recognized by Howard University as a Benny Golson Jazz Master in 2014 and The Jazz Journalist Association as a Jazz Hero in 2019, Sax man, Paul Carr has imbued the Texas tenor tradition throughout his music career. He has released 9 recordings newest of which is: The Paul Carr Legacy Quartet.

Paul knew over 30 years ago that he would assemble this band. He had the pleasure of meeting and hearing each one of the musicians performing on this CD in the early 80s. Buster Williams (Bas), Bruce Barth (Piano), and Lewis Nash (Drums) know more than 100 years of jazz music, intimately and it is evident every time they touch their instruments. So, Paul was very excited to finally get the Paul Carr Legacy Quartet together after conceiving it years ago. The recording was done in one day without any rehearsal or overdubs. Most of the tracks were done in one take after a brief discussion. While that is serious old-school, he wanted everyone to bring their interpretation to the music without any pre-conceived direction. When reflecting on this project upon its completion, Paul said “This project exceeded my dreams just as I planned it 30 years ago”.

9PM / $35 Get Tickets
*Please note:
1. Final sale, no refunds, not transferable.
2. $15 food/beverage minimum per person not included in ticket price.
3. Seating first come at the door. Doors open 6 PM & 9:45 PM respectively.
4. Photography or Recording of any kind is prohibited during the performance.
5. Keep conversation to a minimum during the performance.