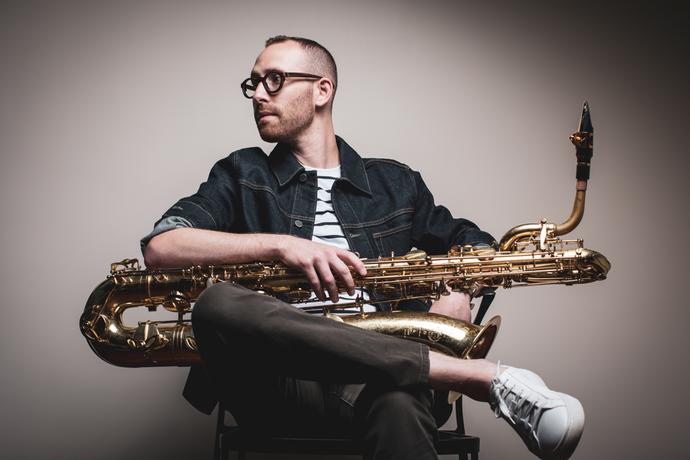 Owen Broder is a saxophonist and bandleader based in New York City. With his own ensembles as well as groups such as the Anat Cohen Tentet and the Gil Evans Project, Broder actively tours the U.S. and Europe, including performances at Carnegie Hall, the Newport Jazz Festival, and Umbria Jazz Festival. His albums have received critical acclaim, with a four-star review from DownBeat and earning him the title of 2018 Debut Artist of the Year [Francis Davis, NPR].

Marking the release of the album "Hodges: Front & Center," saxophonist Owen Broder and his quintet pay tribute to Johnny Hodges, the lead alto saxophonist of the Duke Ellington Jazz Orchestra and band leader in his own right. With this program, culling pieces from both the Ellington repertoire as well as from the saxophonist's often overlooked catalogue of small group albums and collaborations with jazz luminaries including Clark Terry, Ben Webster, and Gerry Mulligan, you will experience the beauty and elegance of the original arrangements from Hodges’ often overlooked catalogue, with a deeply felt modern vibrancy in these fresh interpretations.