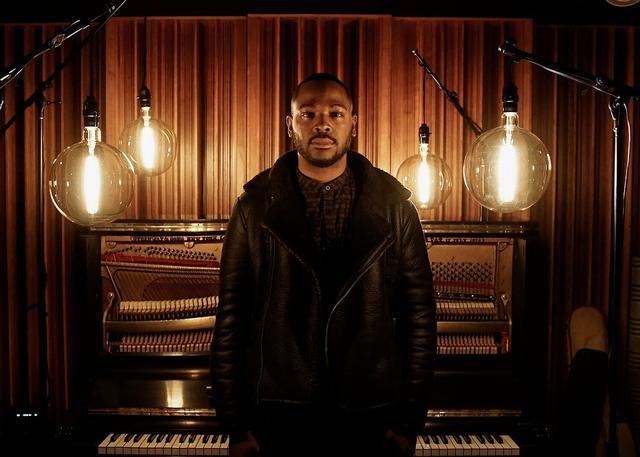 Skillfully balancing chaos and purity, delicacy and weight – pianist, composer and producer Hope Udobi Nwachukwu is a contemporary artist like no other. Born in Washington DC, Hope soon relocated to Aba, Nigeria, where he taught himself piano by ear via Gospel and R & B records. In 2000, he moved back to the states and took up private lessons, gradually immersing himself in all things music. 2006 saw him break out into the world of live performance, becoming a side-man for local and national acts. Then in 2010, DC’s rock and soul act Black Alley welcomed him on board, allowing him to play for audiences across the US and Canada. Their music made it onto VH1 Soul and MTV Hive.

Along the way, Hope secured collaborative work with numerous other Jazz, Soul and Hip Hop artists – Bobby Watson, Delfeayo Marsalis, Naturally 7, Fred Yonnet, Angie Stone, Common, Goldlink; to name just a few. Fast-forward to 2016, he was chosen as Artist in Residence for Jazz at The Lincoln Center – a six-week residency that ultimately paved the way for a faster rise within the scene; eventually seeing him step up as guest speaker at Bose RADAR’s 2019 SXSW presentation: Bose Augmented Audio Experience. He talked in depth about the 3D audio format for recording and producing.

Later that year, his debut album hit the digital shelves, with an April 26th launch show at the legendary Blue Note Jazz Club in NYC. The highly anticipated conceptual project, entitled In The Wild, is a collection of songs inspired by some of his own harrowing experiences growing up Nigeria and Washington DC. In The Wild essentially encapsulates the idea of what it feels like to live “in the wild”.

The album stylishly fuses Jazz with Hip Hop, Soul, Afrobeat and Classical. It sees Hope venture with creative freedom and depth of thought into realms of unpredictable and fascinating audio expression. These ever-changing soundscapes build a cinematic experience around listeners, proving all at once immersive, provocative, and deeply human.

Recorded and produced in studios across New York, DC and Miami, In The Wild features 10 original compositions that conclude with a session with 4 time Grammy winning producer and engineer Jimmy ‘The Senator’ Douglass, In The Wild is a beautifully unpredictable hit of absolute escapism and musical prowess. Despite his impressive achievements to date, this undoubtedly marks the beginning of an even greater journey.