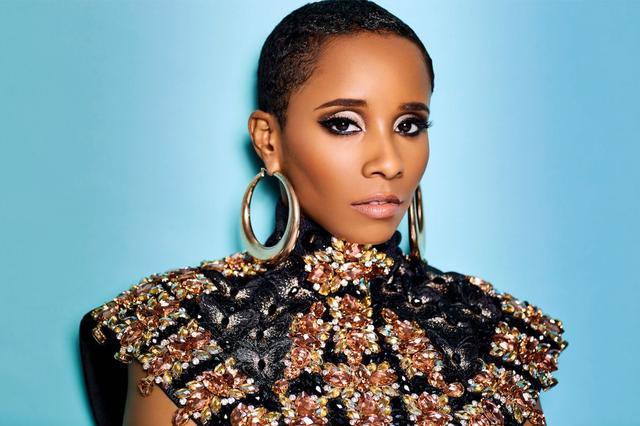 Longevity relies on progression. A lasting catalog evolves with its creator, growing, changing, and expanding in tandem with the artist. Once again, platinum-selling and critically acclaimed singer, songwriter, actress, and activist Vivian Green continues to progress six albums into her illustrious career on the aptly titled, VGVI [Make Noise/Caroline]—pronounced “vee-gee-six.” Driven by the show-stopping voice that enchanted millions upon her emergence with 2002’s gold-certified debut A Love Story, the record sees the songstress tread new territory yet again.

“I wanted to do something brighter and more upbeat,” she reveals. “If a song was sad, it needed to have a certain attitude, energy, and life to it. I’ve done sad songs. I love them, of course. However, I wanted to evolve.”

That evolution began with the release of 2015’s Vivid. Going Top 10, the album earned her highest chart entry in over a decade on the Billboard Top R&B/Hip-Hop Albums Chart, garnered acclaim from Vibe and YouKnowIGotSoul, and yielded a bona fide hit in the form of “Get Right Back To My Baby.” While she cumulatively averaged over 110K Spotify streams monthly, the single quickly approached the 2-million mark. As she wrapped up the triumphant tour cycle for Vivid, Vivian wasted no time getting right back into the studio to record what would become VGVI with producer Kwamé.

“We wanted to continue what we started with Vivid and take it to another level of synergy as far as us working on an entire project for the second consecutive time around,” she goes on. “We thought about what we did on the last one and how we could do it better. We also didn’t wait around. I usually have long breaks between albums—not this time.”

The collaborators began recording at Kwamé’s studio in January 2017 and pushed to perfect the foundation they built two years prior. Meticulously laboring over each note, the final product benefits from a close, near-obsessive attention to detail on behalf of the producer and the artist.

The first single “I Don’t Know” illuminates Vivian’s progression. Reggae guitar and drums simmer under a scorching verse before she delivers a soulfully sexy confession during the hook.

“It’s like R&B reggae,” she smiles. “It’s a different side of me as an artist. Lyrically, it talks about finding ‘The one’ from a new perspective. Usually, it’s excitedly like, ‘I’ve found the one!’ As an experienced woman, I’m saying ‘I don’t know if he’s the one, but it’s fun to get that teenage feeling again.’ That’s something I wouldn’t have ever written 10 years ago.”

Elsewhere, she revisits Vivid favorite “Just Like Fools,” but with re-recorded vocals and a cameo from none other than Musiq Soulchild. Their two voices entwine in heavenly harmony over the horn-punctuated production.

“We couldn’t get the duet done in time on the last album,” she recalls. “However, I always thought it would be more powerful than me just singing alone. Musiq killed it. It discusses love and the rules everyone tells you to follow. This is all about throwing that rule book out, doing what you feel, and rushing in like fools.”