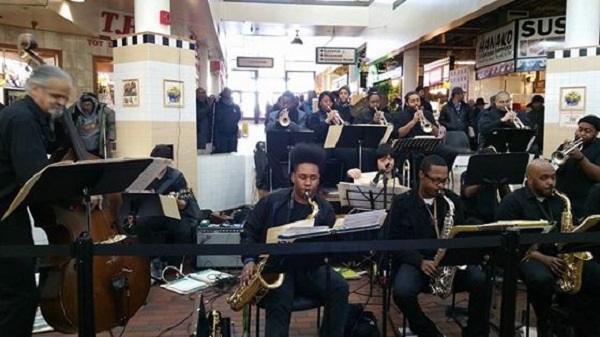 Led by jazz educator / trombonist Chales Funn, this jazz ensemble was organized in 1995. They perform the music of composers Duke Ellington, William Thomas “Billy” Strayhorn, William “Count” Basie, Maurice White of Earth, Wind & Fire and others.The band plays many of the classics of the big band repertoire, and distinguishes itself by also performing more obscure orchestral tunes and complex arrangements.

Join them one Monday evening per month for a fantastically good time!

In addition to leading Dunbar High School alumni who played under Funn’s direction while at the school, the roser is rounded out with other music educators and band leaders. With the exception of Funn, who plays the trombone and directs, band members’ ages range from the early 20s to the early 40s, making it one of the youngest personnel rosters of Baltimore-area big bands.