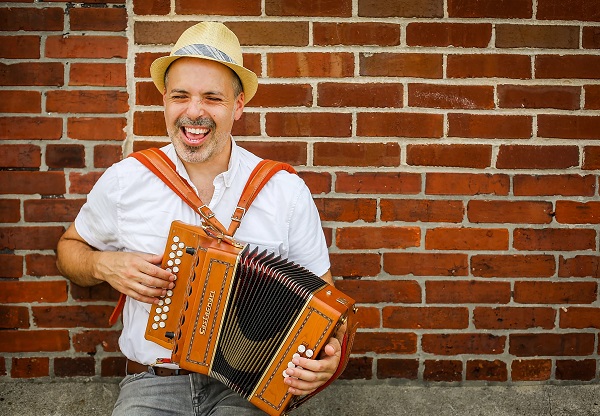 What others are saying at shows:

“Is shredding the accordion a thing? Because I think that’s what just happened!”

"I had no idea the accordion could be COOL!"

"I didn't expect to like the accordion much, but man, Rob can really play and makes it sound really cool!"

Rob Curto is an accordionist, pianist, composer, educator, and bandleader. When able to share physical location with bandmates, his current project is Fish Harmonics, a Philadelphia-based ensemble that plays adventurous, unabashedly accordion-focused American roots music that would have been diving into a GREAT Spring season right about now.

Influenced by celtic, old time, and modern bluegrass, the band brings a unique free-wheeling and improvisational energy to both classic tunes and original compositions. The sound echoes Rob's interests and experiences playing music around the world, highlighting the versatility and general awesomeness of both the accordion as an instrument and Rob as a masterful musician.