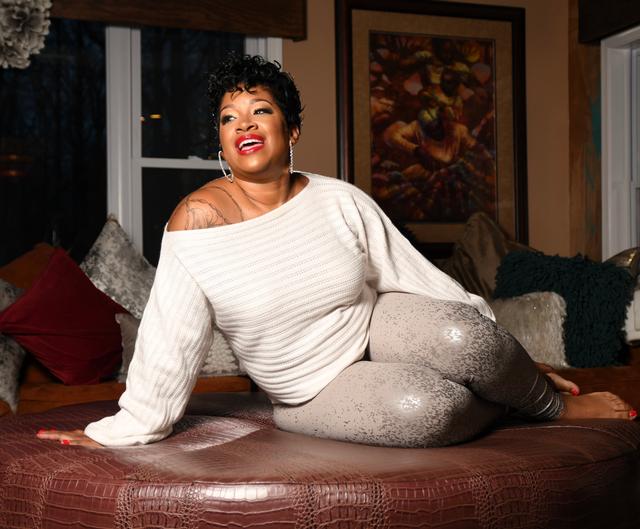 Tyra Levone made her mark in the R&B arena in 2015 with the release of her debut album Testimony “A Soul Set Free” performed amidst a sold out audience at Bethesda Jazz and Blues. A DMV native, an accomplished songwriter, producer and performing artist, yet Tyra has so much more to share with the world of music lovers. This album hit the charts in ablate and is still selling in amazing numbers internationally. Testimony gave you permission and courage to free yourself, but the new album Chronicles of LIFE, set to release June 2020 will give you a voice of empowerment to boldly tell your truth. These are the stories behind the Testimony!!
Chronicles of LIFE heralds the depth of Tyra’s rich vocal tones and her creative diversity while incorporating the realness and rawness of her sound and the power behind her lyrics! She is nothing average. Her music has etched her a place in the hearts of her fans who describe her as passionate, soulful, charismatic, genuine and vocally magnetic. To see her, to experience the spirit of her music and to know her is nothing but to love her.  She will launch her release with the single “Changes” featuring and produced by contemporary jazz keyboardist Bob Baldwin. This single boast a savory mix of vocal emotion and melodic flare  that tells a breath taking story about the twist and turns life sometimes brings.

10PM / $22 Get Tickets
*Please note:
1. Final sale, no refunds, not transferable.
2. $12 food/beverage minimum per person not included in ticket price.
3. Seating first come at the door. Doors open at the earliest of 6 PM & 9:45 PM respectively.
4. Photography or Recording of any kind is prohibited during the performance.
5. Keep conversation to a minimum during the performance.