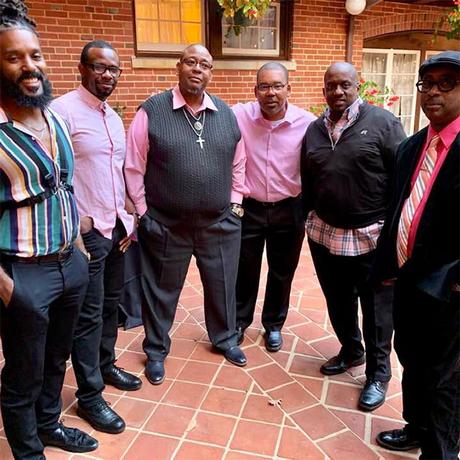 Phaze II is a hot six piece band out of Washington, DC. Backtalk is the second CD released by this hot group. This is contemporary jazz with a funky free twist to it.

Since 1997, PHAZE II has been providing Smooth and Funky Jazz sounds on the local music scene in the Washington, DC area, by honing its craft of delivering quality music to their listeners. PHAZE II has embarked on a journey to show the world the many talents that this jazz band has to offer.  Determined to broaden their vision, PHAZE II entered the 13th Annual Capital Jazz Festival 2005 Capital Jazz Challenge Competition. This competition was sponsored by Washington DC’s Smooth Jazz 105.9 and Baltimore, Maryland’s Smooth Jazz 104.3. The final competition consisted of 6 bands chosen from 600 competition entries. Phaze II was chosen the winners of the competition received a monetary contribution and had the opportunity to open the next day on the Capital Jazz Festival’s main stage.

Phaze II has also released Live N Uncut a two disc CD/DVD set. This project gives one a visual along with the audio of what a Phaze II live performance is all about. Their Live in Anaheim CD was recorded at the 2013 NAMM Show in Anaheim, CA. This was truly a blessing; due to the fact of this being their first time ever performing on the west coast. Phaze II has just released their fifth CD entitled “No Cover Charge” which received Grammy consideration in the Best Contemporary Instrumental Album category!