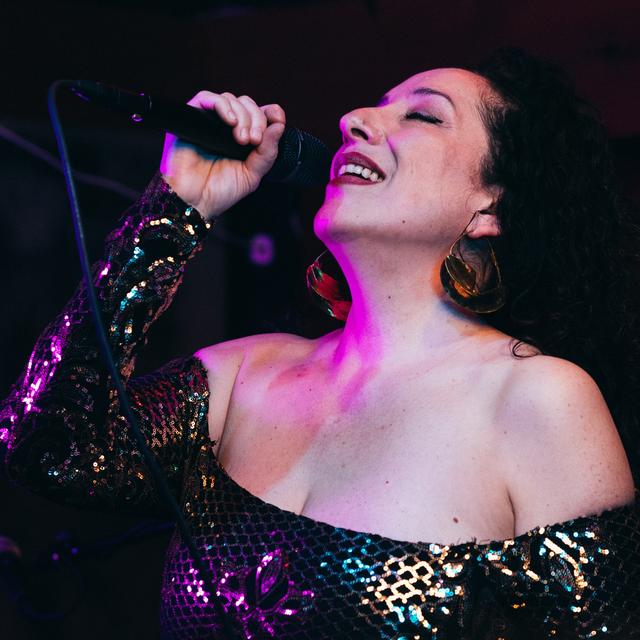 Originally hailing from Sweden, where she was raised by a Peruvian father and an Irish mother, Elin grew up in three different continents — Europe, Central, and North America — where she was exposed to a variety of musical styles and learned to speak multiple languages. Steeped in multiculturalism from the start, Elin decided to become a jazz singer at the age of 15 when she discovered Bossa Nova, and she never looked back!

Elin has toured extensively and opened for Chaka Khan, George Benson, and Nancy Wilson at the Miami “Jazz in the Gardens” Festival. She also spent three months singing at the Lost in Translation hotel in Tokyo, Japan. She is a regular collaborator with EDM giants, Thievery Corporation — with whom she performed at the Kennedy Center with the Kennedy Center Orchestra — in May of 2017. She co-wrote three songs with them on their Bossa Nova-inspired album, “Saudade.”

Elin’s most recent project, Brasileira de Alma e Coração: A Brazilian Heart and Soul — a tribute to the late, great Brazilian singer, Elis Regina, recorded in NYC and currently in its final stages — represents a culmination of Elin’s love for Brazilian music and the jazz that shaped her career. The 12-song album features arrangements by Latin Grammy-nominee Antonio Adolfo, Elis Regina's pianist and musical director in the late 1960’s — showcasing repertoire from the beginning, middle, and end of Elis Regina's career, including some of her biggest hits, rearranged by Antonio Adolfo and reimagined for the modern jazz quartet. Also featured on the album are bassist and 8-time Grammy award winner, Christian McBride, as well as Rafael Barata (drums — and winner of the 2016 Best Latin Jazz Grammy with Eliane Elias), Yotam Silberstein (guitar), and Nilson Matta (bass).

10PM / $25 Get Tickets
*Please note:
1. Final sale, no refunds, not transferable.
2. $15 food/beverage minimum per person not included in ticket price.
3. Seating first come at the door. Doors open 6 PM & 9:45 PM respectively.
4. Photography or Recording of any kind is prohibited during the performance.
5. Keep conversation to a minimum during the performance.