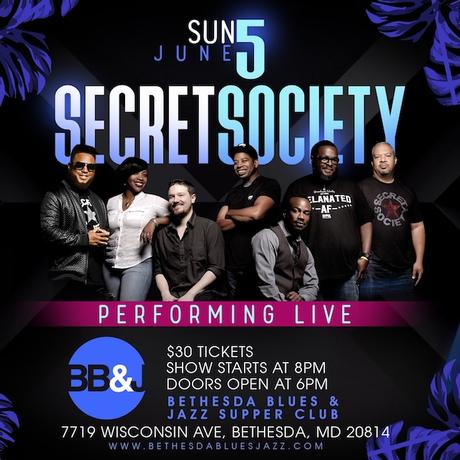 Secret Society was formed in 2008 as the brainchild of virtuoso saxophonist Brian Mills who created the ensemble to bring the "Live Band" sound back to today's commercialized music market, a breath of fresh air that most aficionados are searching for. The band was nominated by the Washington Area Music Awards for Best Urban Contemporary Duo/Group and featured in several magazines as "one of the hottest bands in the region!"

The repertoire of Secret Society is deep and full of history, tradition, and diversity featuring many influences stemming from the seeds of John Coltrane, Stevie Wonder, Marvin Gaye, The Police, Rick James and a host of others giving the band their own unique sound and identity. To assign a genre or style to this band would be difficult considering this intermixture which they describe as "Feel Good Music!”