The Old Part of Town 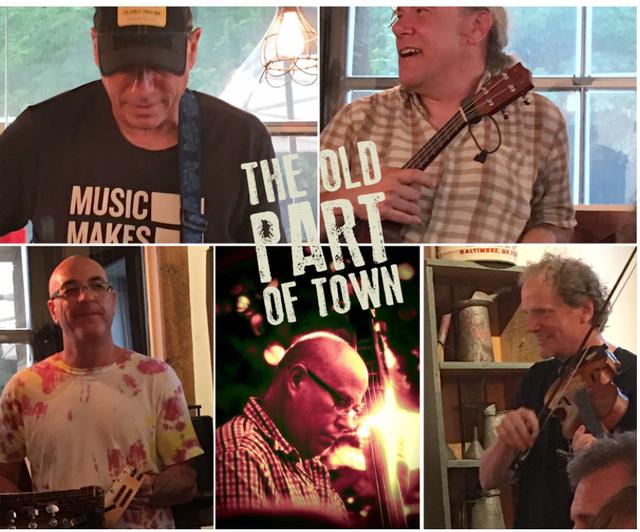 The Old Part of Town

"Brings you in as friends listening to shared stories." - The Alternate Root
"Homespun Harmonizing." - The Modern Folk Music of America
"What is striking is the enthusiasm and joy with which the band plays its music." - Rudolf's Music

The Old Part Of Town is a Baltimore-based Americana band, formed in 2013 to serve as a vehicle for the songwriting and musical talents of Matt Douglass and Sam Nitzberg. Mining the rich musical landscape of folk, rock and roll, country-western and blues, their dynamic live shows are peppered with covers of hidden gems from an eclectic range of musical sources.

Longtime friends, and veteran members of several Baltimore bands, Matt and Sam teamed up in 2010 to play some acoustic dates, which led to standout performances at tribute concerts to Bob Dylan and Woody Guthrie, and to their 2012 EP, "Grayest Hits." They formed the band soon afterwards. Seasoned players performing well-crafted and timeless material, showcasing tight vocal harmonies and tasteful musicianship, The Old Part of Town brings a wealth of musical knowledge and abilities to the stage, and has a natural, easy-going manner and a genuine, infectious camaraderie.

In 2015 The Old Part Of Town recorded their self-titled debut CD, garnering strong reviews. Their latest effort, "Second Avenue," was released in the summer of 2018. And in the last several years they have augmented their performance schedule to include curating and hosting special tribute concerts to John Prine and to The Band.

The Old Part of Town are: